“It all happened in an instant,” said BMC patient Christopher Perry. August 20 was just another day on the job for the 43-year-old construction worker, but what began as a normal day quickly changed into something entirely different when he lost ability to speak and lost movement in his right arm and right leg. After that, everything went dark and the next thing Mr. Perry recalled was waking up at BMC. 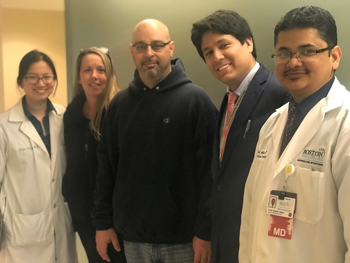 Perry had experienced a stroke and was rushed to Tobey Hospital in Wareham, treated rapidly with IV tPA under the care of Dr. Keith Chappell. He was then taken via MedFlight to Boston Medical Center. Upon his arrival, Perry was placed in the care of Joseph Kahn, MD, Associate Professor of Emergency Medicine, Thanh Nguyen, MD, Director of Interventional Neuroradiology and Neurology and Hugo Aparicio, MD, Vascular Neurology Attending at BMC. They determined that Perry had an extensive clot in the carotid and middle cerebral artery of his brain. Perry immediately underwent an intervention procedure during which Nguyen unblocked his blood vessels and removed the clots.

Door to groin or “DTG” is the time from which a patient presents in the Emergency Department to the start of an intervention procedure. It is often used as a benchmark to examine team times in the management of acute stroke. Mr. Perry’s DTG time was just 26 minutes—a new record for the Neurology Department, Radiology Department, and the hospital. The record previously stood at 60 minutes. Nguyen points to several factors, including early transfer and early pre-hospital notification to the stroke and neuroIR services, for making this particular case unique.

“To call it great teamwork is an understatement. Mr. Perry’s care was a full-scale team effort starting from the Tobey Hospital ER management by Dr. Keith Chappell, to the execution of our EMS /ER staff Dr. Kahn and Dr. Nentwich, to our Interventional Radiology and IR Nursing teams. All involved worked in parallel to get Mr. Perry's artery opened as quickly and safely as possible,” Nguyen said.

Perry is a father of three and has coached football in Wareham for several years. When word traveled online that the well-known coach had a stroke, well wishes began pouring in. The stroke could have sidelined him for good, but luckily that wasn’t the case. Perry has had an excellent recovery with no speech impairments and has regained complete strength in his arms and legs. He’s taken some time off from coaching this season, but hopes to return to the field next year.

“We are constantly working on improving the way we deliver care to reflect a coordinated and effective progression from the time a patient begins to experience symptoms to the time they come through the doors at BMC,” Nguyen said. “Mr. Perry’s dramatic neurological recovery is directly attributed to the exceptional care our team delivered.” 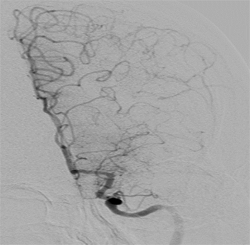 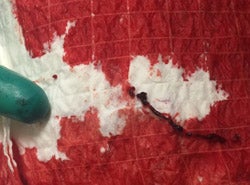 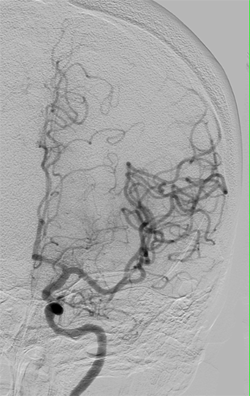