Lung cancer is the leading cause of cancer-related death in both men and women. Patients at a high risk for developing lung cancer may be eligible for a lung cancer screening CT scan. The purpose of this test is to look for lung cancers and catch them at an early stage when when they are easier to treat and have a greater likelihood of being cured. Lung cancer screening is a quick and painless low-dose chest CT scan. In this segment, Katrina Steiling, MD, a physician in pulmonary, allergy, sleep and critical care medicine at BMC, provides details on how the hospital is advancing the early detection of lung cancer for better outcomes that can save lives. 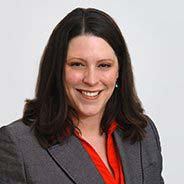 Melanie Cole (Host): Lung cancer is the leading cause of cancer related deaths in both men and women. It often goes undetected for long periods, and therefore is diagnosed at an advanced stage when treatments are less likely to cure the cancer. My guest today is Dr. Katrina Steiling. She’s a physician in pulmonary, allergy, sleep and critical care medicine at Boston Medical Center. Welcome to the show, Dr. Steiling. Let’s just talk about the lung cancer screening program and lung nodule evaluation program at Boston Medical Center. How did that come about?