Hypertension in pregnancy with subsequent preterm birth is one of the leading causes of poor or fatal maternal and fetal complications. In 2014 the United States Preventative Services Task Force recommended the use of Low Dose Aspirin (81mg) to women who have risk factors for hypertension and preeclampsia in pregnancy.

Dr. Jodi Abbott, OB-GYN, explains how aspirin may reduce preeclampsia that can cause severe complications in pregnancy. 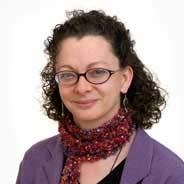 Jodi Abbott, MD, OBGYN is a Maternal Fetal Medicine specialist. Her clinical interests in decreasing health disparities, implementation science, prevention of perinatal mortality and morbidity, and patient safety. As a Quality Improvement and Patient Safety educator she is interested in demonstrating how trainees can provide tremendous impact in QI projects to improve patient care. I am also an Ob/Gyn educator, and am interested in promotion and retention of Women’s health educators as advocates and leaders.

Melanie Cole (Host): Aspirin is currently the most widely prescribed treatment in the prevention of cardiovascular complications, however, the indications for the use of aspirin during pregnancy, are now being highlighted to help prevent complications from preeclampsia. My guest to day is Dr. Jodi Abbott. She’s a maternal fetal medicine specialist with Boston Medical Center. Dr. Abbott, let’s just start with what is preeclampsia?

Melanie: Who is at high risk and even moderate risk of developing preeclampsia and when is this something that shows up during pregnancy?

Dr. Abbott: So, preeclampsia most commonly shows up at the end of pregnancy, usually in the last month. It can however and is more complicated as you would imagine if it shows up earlier at five or six months and occasionally women can develop preeclampsia even after the baby is delivered up until about six weeks after delivery. So, the people at risk of preeclampsia are really any woman who is pregnant and the incidence has been increasing in the US over time and specifically here at Boston Medical center, we are interested in trying to prevent it in its highest risk patients who are black women, women having their first baby, women who are above their ideal body weight, but really it can affect anyone.

Melanie: So, if women are at high risk and as you say black women in the Boston area, is this something now as we start to talk about aspirin therapy that you do prophylactically if they are at high risk or do you wait until some symptoms show up? Tell us about aspirin as this type of prevention for complications.

Dr. Abbott: Yeah so, aspirin has been used to try to prevent pregnancy complications over the last 25 to 30 years. But it was only more recently in 2014, the US Preventative Services task force looked at a meta-analysis or a collection of 30,000 pregnant women and realized that it is actually quite a powerful prevention. However, to have it effective; it needs to be started early in pregnancy, ideally at around 12 weeks or three months of gestation. And so, the American College of OBGYN has also recently reiterated the importance of it and recently in the US, we have been talking so much about preventing – trying to prevent severe complications, health complications to women in preventing maternal death and aspirin is actually a profoundly impactful way to be able to try to do that. But the earlier you start it in pregnancy, the more effective it is.

Melanie: Tell us a little bit about the mode of action of aspirin. What is it doing to help prevent preeclampsia and help pregnant women?

Melanie: What’s the dose like and please explain the difference between adult aspirin like Bayer or something and baby aspirin, which some people get recommended for prevention of cardiovascular complications.

Dr. Abbott: Right. So, we’ve misused the term baby aspirin for a really long time now. So, traditionally, we are talking really about low-dose aspirin which is 81 milligrams. Full dose aspirin is 350 milligrams. And aspirin is not supposed to be given to children at all, but because the pill is very tiny and often orange flavored; the term baby aspirin is still used. The dose that was originally recommended but the USPSP was 81 milligrams and that’s what was used in most of the studies. But recent research in England using thousands and thousands of women, demonstrated that a higher dose may be more effective and in fact, they looked at 150 milligrams and so some places in the US particularly the state of California is now recommending that women take two of the low dose or what where traditionally called baby aspirin which would be about 162 milligrams.

Melanie: Does it matter when they take it? Is there an affect difference based on circadian rhythms, rest of the pregnant woman and is it pretty safe for pregnancy? Are there any side effects?

Dr. Abbott: Yeah, let me start with the safety first. So, because aspirin has been used for so long over time, there has actually been about 30,000 babies born that have been looked at whether there is any impact on their health and there has been shown to be no risk to the babies at all. But in fact, aspirin helps increase the birth weight of babies and reduce premature birth which of course both of which would be very serious complications to those children. But speaking about what time of day to take it, it does turn out that that kidney hormone causes the closure of the blood vessels more commonly in the evening. It’s made in women’s bodies in the evening. And so, taking that aspirin at night turns out to be more effective.

Melanie: And what about if someone has already – if they have hypertension or they have already developed preeclampsia or some of the symptoms; then taking aspirin does that help to mitigate some of those or is it kind of too late once you already start with some of the problems?

Dr. Abbott: Yeah, unfortunately, it’s too late once the high blood pressure is started. So, it’s most effective when started at twelve weeks of pregnancy and it doesn’t seem to be effective at all if it is started after 28 weeks. So, really focusing on helping women learn about it so they can begin taking the aspirin as early as possible in pregnancy.

Dr. Abbott: So, the risks that put women at risk that have been identified by the American College of OBGYN and the USPSP have started with a woman’s personal history. If she has a history of high blood pressure herself, if she has a history of preeclampsia in a prior pregnancy or if her mom or her sister had a risk of high blood pressure as well. Other women who are at highest risk are women with diabetes, kidney disease like lupus or if they have twins or triplets in pregnancy. Their risks of preeclampsia are so high that they benefit from beginning it early. But it’s not just having one of those very highest risk factors that identify women who can benefit. Women who have more than one of what we call moderate risk factors can benefit and that turns out to be a lot more women. That includes anyone having their first baby, anyone with a body mass index over 30, a woman therefore whose weight is above her ideal body weight, women who are black have a higher risk. Women who are over 35 and women with a history of a baby with low birth weight.

Dr. Abbott: Well, the best prevention turns out to be before a woman gets pregnant and that would be recommendations that we would make for all women to try to be your healthiest weight, to exercise regularly and as you said folic acid and vitamins are certainly very important but don’t seem to be able to prevent preeclampsia. Unfortunately, calcium turns out not to be effective at all.

Melanie: Wow, so what an interesting topic and Dr. Abbott, please wrap it up for us. Tell women what you would like them to know about asking their doctor if they have had high blood pressure before or they’ve had a previous pregnancy where they did have preeclampsia what questions would you like them to ask their doctor about aspirin therapy to hopefully prevent some of those complications?

Dr. Abbott: That’s a great way to frame it so I think the most important part is for women to think about it ideally before they get pregnant, are they at risk of preeclampsia and would the benefit from aspirin and then while they are pregnant, it’s important to be able to ask and to think about it really at the first prenatal visit which hopefully would be in the first three months of pregnancy. We really want women to understand that this is safe and it’s very effective. We have found that a lot of our patients are being told by family members that they should pause or hesitate about its use even if its been prescribed. So, we really want to make sure the message gets out, not just to women who might be trying to get pregnant but to their moms, their sisters, their cousins, their friends; basically all of us to support the idea that this is a very serious disease but we have a really effective prevention as long as women know about it and understand how important it is to take it when prescribed.

Melanie: Thank you so much for clearing that up because it helps women to make those better decisions and be healthy and do all of the things prenatally that they should do so thank you for sharing your expertise and explaining this so well to us. This is Boston MedTalks with Boston Medical Center. For more information you can go to www.bmc.org, that’s www.bmc.org. This is Melanie Cole. Thanks so much for listening.