How to Cope with Seasonal Affective Disorder

Seasonal Affective Disorder is a form of depression related to the changing of the seasons. Typically, symptoms will come and go around the same time each year. Dr. Andrew Clark discusses the difference between winter blues and SAD in the New England area, and treatment options to help. 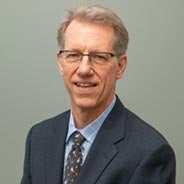 Dr. Andrew Clark is the Chief of Outpatient Psychiatry at Boston Medical Center. He is a psychiatrist practicing at Boston Medical Center. Board-certified in adult, child, adolescent, and forensic psychiatry, Dr. Clark has over 30 yeas experience in the field. His special interests include Forensic Mental Health, Post-Traumatic Stress Disorder, Youths Involved in the Legal System, Disruptive Behavior, Foster Children, and Divorcing Families.

Melanie Cole (Host):  Many people experience seasonal changes in their feelings of wellbeing and energy. But for some, there’s an overwhelming feeling of being down and even depression and if you’re one of those people, you could have seasonal affective disorder. And here to tell us about that is my guest, Dr. Andrew Clark. He’s the Chief of Outpatient Psychiatry at Boston Medical Center. Dr. Clark, what is seasonal affective disorder and how is it different from clinical depression or the winter blues?

Andrew Clark, MD (Guest):  Sure. So, I think it is an important distinction to make between the winter blues and seasonal affective disorder. Winter blues are a fairly common and benign condition that people experience as they go through these interminable winter times especially in the northern areas where they get very little sun. They are often indoors more.  They often don’t exercise as much. And as I say, it is a relatively benign and really not an impairing condition.

Seasonal affective disorder is something different and more severe. It’s a full episode of major depressive disorder that occurs typically in the late fall or early winter and it occurs on a regular basis. So, in order to meet the diagnostic criteria, you need to have at least two years in which you have an episode of major depressive disorder occurring. And in my experience, the most likely time is around the middle of November after people have lost the sunlight associated with daylight savings time.

Host:  Who is at risk? Are certain types of jobs, do they contribute or if you have a family history of even depression could that make you more at risk to suffer from seasonal affective disorder?

Dr. Clark:  So, certainly having a family history of depression or having a history of depression yourself will make you more at risk for seasonal affective disorder. There’s a significantly increased risk for people who live in the north as opposed to people who live in the south of the United States. The risk for example in Minnesota is much higher than the risk is for someone who is living in Florida. In addition, women are about four times at higher risk than men are and people who are younger are at higher risk than people who are older.

Host:  So, then how do you know? How do you know if you have it or if it is just that you are a little tired of the gray skies or you are not getting enough vitamin D? What are some of the major symptoms the red flags that you would like to point out and then who do you go to see about it?

Dr. Clark:  So, the red flags that you would look for are really those associated with a full episode of major depressive disorder and those can be for example, feeling just in a low mood most of the time, losing the ability to enjoy usually enjoyable activities, and having symptoms that really impair your functioning in life whether that’s professionally or socially. These are symptoms that really do get in the way. In addition, there’s a distinctive quality to seasonal affective disorder in that in this kind of depression tends to manifest with excessive sleepiness, so people really are often very reluctant to get out of bed in the morning, they have increased appetite and particularly they have cravings for carbohydrates like jelly doughnuts and cakes and pies. And they just have low energy.

So, it’s kind of sort of a mopey, dragging, low energy sort of experience. And when it begins to get in your way or to impair your functioning, it’s probably a good time to think about seeing a professional. There are certain things that people can do just on their own, particularly if they are feeling winter blues or feeling low in a way that’s not overly impairing. And one thing they can do is to make sure to get out of bed in the morning and particularly to get active and get outside.

Exposure to sunlight and particularly early morning sunlight seems to be really very helpful for people who are just really kind of down. Getting exercise can be very helpful. Just sort of forcing yourself to get out of bed every morning around the same time and be active can be a very helpful thing. One other thing that people can do when they think they may have seasonal affective disorder is to utilize some bright light therapy or phototherapy. People can purchase on the internet lights that are a particular intensity which of 10,000 lux that are used to help provide them with intense bright light, particularly early in the morning and that can help to counteract the experience of getting so little light in the wintertime.

And so, if someone wants to treat themselves with bright light therapy; it is often prudent to consult with your physician first, but the side effects are really very minimal, and you can purchase a light for anywhere between $60 and $300 and then you need to sit in front of the light for about 30-40 minutes every morning. And that is seen to be very effective for about 50% of people that have seasonal affective disorder. The second step people can do is to consult a professional and it may be either a social worker, a psychologist or a psychiatrist. And all of these individuals can provide therapy which has been shown to be quite helpful for seasonal affective disorder, particularly cognitive behavioral therapy.

And then usually, considered to be sort of a little bit farther down the list in terms of the steps you would take is going on medications. But certainly, for an individual who is experiencing an episode of major depressive disorder, it may well be that antidepressant medication could be helpful for them. One final thing that people can do if they can pull it off is to take a vacation. Just having a week in Florida or the Caribbean in the middle of the wintertime can do a lot for a person’s mood.

Host:  Wow. What a great answer Dr. Clark, and real usable tips for listeners. That’s what we like to hear. What about vitamin D?

Dr. Clark:  There really is very little evidence to indicate that vitamin D as a treatment will help to counteract seasonal affective disorder or even the wintertime blues. It’s thought that eating a healthier diet, a diet somewhat considered less loaded with carbohydrates can be helpful, but the evidence in vitamin D is really not very impressive at this point.

I think what’s important to remember is that if you are trying something on your own and you find that your symptoms are not getting better or that your functioning is being significantly impaired and certainly if you are beginning to feel hopeless or at all suicidal; it’s very important to seek professional help at that point.

Host:  You mentioned exercise. What about sleep? Where does that fit in? And I forgot to ask you about fish oil as well, because that’s been shown to improve mood in some people. So, speak about the quality of sleep that we are getting and how important that might be to helping stave some of this off and some of the other things they might try such as yoga or meditation, where diet fits in. Any of these things.

Dr. Clark:  Sure. So, sleep is often impaired or disturbed in individuals that have depression and that’s certainly true for people with seasonal affective disorder. For people with SAD however, it’s not that they don’t get enough sleep, but rather they sleep too much. So, they will often go to bed at a reasonable hour say ten or eleven o’clock at night and then just have a hard time getting out of bed. They’ll roll over and pull the covers up over their head when the alarm rings and may stay in bed for another two or three hours. And that seems to be counterproductive and actually somewhat detrimental and so, the challenge for those individuals is to force themselves to get out of bed, really at the same time every morning and to get up and get moving. So, rather than dealing with insomnia, they are actually dealing with what’s called hypersomnia or too much sleep.

And then in terms of fish oil; again, there has been some evidence that fish oil can be a helpful thing. It certainly doesn’t seem to have any significant side effects and some more recent evidence has called that into question. But again, if someone finds it to be helpful, it’s certainly worth trying. It’s a relatively low risk thing to try.

And if I may, just in terms of yoga and meditation; I think that yoga and meditation is often helpful for people, wonderful things to be doing and yoga in particular, by virtue of getting someone physically active and getting them some exercise can be a very helpful thing. Those things as far as I know haven’t been specifically studied in terms of seasonal affective disorder, but they are generally very helpful for people managing their stress and managing the mood overall.

Host:  What a great guest you are Dr. Clark. What a great educator you are as well. Wrap it up, your best advice for hopefully preventing seasonal affective disorder and what you really want the listeners to know about this and take away from this great segment.

Dr. Clark:  Sure, so there are probably two things. I think one is that for people that really are vulnerable to getting low in the wintertime, it’s important to develop your sort of behavioral repertoire ahead of time and begin to employ it as soon as the light begins – as soon as you begin to lose the light in the late fall. And the second most important thing I think is for people to be aware that if their mood really gets bad, it’s time to seek professional help. I think for many individuals their mood will become low and because it’s the wintertime, they write it off as being just something normal or commonly shared. But if it really does develop into an episode of major depressive disorder; it can be very impairing and it’s quite important to seek help at that point.

Host:  Dr. Clark, thank you so much for being on with us today and sharing your expertise as the Chief of Outpatient Psychiatry at Boston Medical Center. You’ve given us some great usable tips that people can take with and work with right now if they feel that they are suffering from seasonal affective disorder. This is Boston MedTalks with Boston Medical Center. For more information, you can go to www.bmc.org, that’s www.bmc.org. This is Melanie Cole. Thanks so much for tuning in.