Podcast: Stroke - What You Need to Know

BMC recently became a certified comprehensive stroke center, and that means patients can count on BMC to give them the best stroke care available. David Greer, MD, shares important stroke warning signs and what you need to know if you suspect you or a loved one is suffering a stroke. 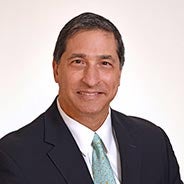 David M. Greer, MD, MA, FCCM, FAHA, FNCS, FAAN, FANA, has been appointed Chair of the Department of Neurology at BU School of Medicine and Chief of Neurology at Boston Medical Center. He will join BUSM/BMC on June 30, 2017.

Melanie Cole, MS (Host): If you have a stroke, getting medical care as quickly as possible can help prevent death or minimize the last effects of a stroke. That’s why it’s important for you to know the signs of a possible stroke, learn your risk factors, and identify what you need to do if you suspect that you or a loved one is suffering a stroke. My guest today is Dr. David Greer. He’s the chief of neurology at Boston Medical Center. Dr. Greer, Boston Medical Center recently became certified comprehensive stroke center. Tell us what that means and what does it mean for patients?

David Greer, MD (Guest): Well, it’s been a great thing for Boston Medical Center as the patients are able to get the care that they need regardless of what type of stroke they're having or how complex their case is. A comprehensive stroke center is only certified for centers that are able to provide expert care for every level of stroke case, including patients with a very complex presentation. It requires advanced technology and expert staff. So, we were delighted that we were able to be certified as a comprehensive stroke center and provide our patients with the same excellent level of care.

Melanie: Tell us a little bit about stroke. What is it and are there different types?

Dr. Greer: Yeah. So pretty much anyone can have a stroke, even babies can have strokes, but it’s more common as we get older. As we get older, we have more of the common conditions that can lead to strokes, such as high blood pressure, diabetes, high cholesterol, and things like atrial fibrillation or atherosclerosis, which is hardening of the arteries including the carotid artery. So that as we get older, we can have strokes. However, it can happen really at any age and even young people can have stroke due to some congenital abnormalities or blood clotting disorders. Or even due to small tears in the blood vessel, which we call a dissection. Statistically, once someone has had a stroke, they are at higher risk for another stroke. It really depends on what the cause was for the first stroke because some causes might put somebody at a higher risk than someone else.

Dr. Greer: Yeah. So, we commonly use the acronym FAST, F-A-S-T, which stands for facial drooping, arm weakness, speech difficulties, and then time. These are supposed to be symptoms or signs that can be a good clue to somebody that might be having a stroke. It’s not a complete list by any stretch, but this will catch a large majority of patients that are having a stroke. Then we really emphasize the time element because the treatments that we have are very time sensitive. If someone comes in beyond a certain time window, they may not be eligible for any lifesaving or brain saving therapies. So, we really emphasize to the public to get to treatment very, very quickly.

Melanie: Should they be calling 911 or trying to drive their loved one or themselves to the hospital. What can EMS do that can help to start and speed along the process of that treatment where time is so sensitive?

Dr. Greer: Well, I would say they should almost always in every instance call 911 because the ability to get our loved one to the hospital quickly and to make sure that they're safe along the way to the hospital can be very, very limited for people. So, calling 911 is likely the most prudent thing. Patients who are having a stroke may have life threatening things going on such as the inability to protect their own airway, and they can be at high risk for having a respiratory arrest or even a cardiac arrest. So, making sure the medical personal who are there who are trained and can make sure that the patient is stable before they arrive at the hospital and can alert the emergency medicine facility that they're going to the hospital that the patient is coming and what their symptoms are, that’s probably the best chain or reaction and treatment.

Melanie: Dr. Greer, tell us a little bit. You mentioned how important time is. Time is brain. Tell us what happens at the EPR and speak about the clot busting drugs that you might use if someone gets there in time.

Dr. Greer: So, we have a drug called tPA, which stands for tissue plasminogen activator, which can be given within three hours to almost all patients with a nonbleeding stroke, and within four and a half hours to select patients who are having a stroke. People who receive this drug statistically do significantly better than those who do not. Furthermore, the earlier you receive the drug, the better you do. So even though you have up to three to four and a half hours, if somebody gets it at one hour after their stroke, they do far better than at two hours or three hours. We also have other means of opening the blood vessel, such as using a catheter that can go into the blood vessel and fish out the blood clot for larger strokes. That’s also time sensitive. So that’s typically done within six or either hours of a stroke, and sometimes even longer. Sometimes even up to 24 hours in rare instances. All of these are very time sensitive. And, again, as you said, time is brain. The longer you let the clock tick, the more brain cells or neurons are dying. So, speed is of the essence here.

Melanie: Is there any way to reduce our risk? As you said, almost anyone is at risk and certainly age being a factor. Is there anything we can do lifestyle modifications, behaviors, that can help reduce our risk just a little bit?

Dr. Greer: Yeah, absolutely. So, some of the major risk factors for stroke include high blood pressure, diabetes, high cholesterol, smoking is another big one. So, whatever can be done to reduce those risk factors is very important. It’s not just about taking medications. In fact, for people who are leading a sedentary lifestyle, if they are able to exercise and lose weight, they may reduce their needs or even maybe even eliminate their needs for medication by simply getting their weight under control, getting better cardiovascular health so that they don’t need blood pressure medications or diabetes medications. That’s really the best thing that people can do, and it’s entirely within their own hands. The doctor can’t exercise for you, but you can certainly take that into your own hands and decrease your risk on your own that way.

Melanie: Wrap it up for us Dr. Greer. It’s such important information for listeners to hear about those symptoms. So, kind of summarize it all for us and how important it is that they recognize those symptoms so that they can get that help fast.

Dr. Greer: Right. It’s super important that people understand what the symptoms of a stroke are. The problem is that strokes most often don’t hurt. As opposed to somebody’s who’s having a heart attack which is painful, strokes will just cause part of your body not to work or your language not to work. So, people don’t take it necessarily as seriously, and they should. We need a very large public awareness of this disease, which is both life threatening and the highest cause of disability for people. They should recognize anything abnormal that’s going on that can be affecting their brain function and get to the emergency room as quickly as possible.

Melanie: Thank you so much Dr. Greer for sharing your expertise and explaining stroke and those symptoms, and why it’s so great that Boston Medical Center recently became a certified stroke center, and what that means for patients. Thank you again for joining us. This is Boston Medtalks with Boston Medical Center. For more information, you can go to bmc.org. That’s bmc.org. This is Melanie Cole. Thanks so much for listening.