At Boston Medical Center (BMC), the care of patients with multiple myeloma is a collaborative, multidisciplinary process. BMC’s Cancer Care Center organizes its services around each patient, bringing together the expertise of diverse specialists to manage care from the first consultation through treatment and follow-up visits. The Cancer Care Center is dedicated to providing treatment that is effective and innovative in curing and controlling cancer, while managing its impact on quality of life.

As the primary teaching affiliate of the Boston University Chobanian & Avedisian School of Medicine, BMC combines personal, patient-focused care with the state-of-the-art-expertise and technological advances of a major teaching hospital. BMC is at the forefront of clinical practice, surgical expertise, and research in oncology.

To schedule an appointment or refer a patient, call 617.638.6428. Patients with a diagnosis or strong suspicion of cancer are given appointments within 72 hours.

What Is Multiple Myeloma?

Multiple myeloma is a cancer of the bone marrow arising from plasma cells, which are part of the immune system.

Myeloma begins when a plasma cell becomes abnormal and begins to divide uncontrollably, producing large numbers of these abnormal cells. These abnormal plasma cells are myeloma cells, and they divide out of control and do not die when they should. The cancer cells then accumulate and form a tumor.

A single tumor is called an isolated (or solitary) plasmacytoma. When there are several tumors present, the disease is referred to as multiple myeloma.

Myeloma cells also interfere with bone maintenance. Normally, groups of cells work together to maintain proper bone shape and health. Certain groups of cells build bones up, while others break them down. Myeloma cells cause too much bone to break down and not enough replacement bone to be made. Bones then become weak and break easily. Because myeloma causes so much bone to be broken down, it often causes calcium levels in the blood to rise, causing tiredness and weakness.

The most common symptoms of multiple myeloma include

These symptoms can occur from health issues other than cancer, so it’s important that anyone experiencing these symptoms be seen by a physician.

Although the exact causes of multiple myeloma remain unknown, certain risk factors—things that increase an individual's chances of developing cancer—have been identified. While risk factors may be useful in identifying high-risk individuals, they do not determine whether a person develops a disease. Some risk factors, such as diet, are within a person’s control, whereas others, such as age, are not.

Some possible risk factors for multiple myeloma include

Other possible risk factors currently under study include gene mutations (changes in the DNA sequence of a gene), eating certain foods, and exposure to certain chemicals or germs (viruses in particular).

Staging is the process of determining how extensive the cancer is. It is an important part of diagnosis because it is used to determine the most appropriate treatment options for patients.

To determine the stage of the disease, physicians may perform a number of tests, including blood tests, CT scans, and MRI scans.

Multiple myeloma ranges from Stage I to Stage III. The stage of the disease takes into account whether it is causing problems in the bones or kidneys or abnormalities in the blood counts or calcium levels.

Some patients have what physicians describe as “smoldering” myeloma. This means the disease is in its early stages, but no symptoms are present.

BMC offers a number of clinical trials specifically for multiple myeloma patients. Promising new techniques in the diagnosis, treatment, and care of patients with cancer are tested in these studies. The number and types of clinical trials available are constantly changing. 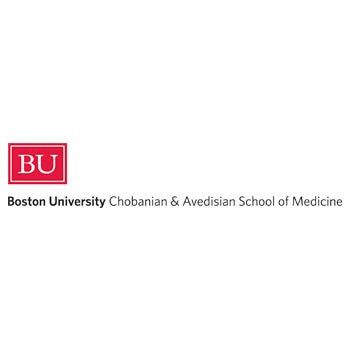