"All of a sudden, I started to feel weak," Anna Grande recalls.

On January 20, 2018, at 3:30 PM, Anna Grande collapsed on the floor of her Methuen home. Her husband, Frank Grande, remembers the event well. "We were having a conversation. Then, she collapsed and she fell down. She lost her voice. She couldn’t talk. She lost everything. She was drooling."

Although Anna initially resisted, her husband called 911. Within three minutes, paramedics arrived and immediately brought her to Holy Family Hospital. Eric Cirino, MD, noted that Anna could not speak nor move her right side, and he immediately diagnosed her with an acute stroke from a clot in the left middle cerebral artery. Her NIH Stroke Scale was 15, which is considered severe. At 4:29 PM, less than an hour after Anna collapsed, she was being flown to BMC where the stroke team was waiting for her.

Anna arrived at BMC at 5:39 PM. Her care team, Thanh Nguyen, MD, Mohamad Abdalkader, MD and Malveeka Sharma, MD, brought her directly to the neurointerventional suite to remove the clot. In less than an hour, the blocked artery was successfully opened and Anna had rapid, dramatic improvement in her arm and leg motor strength. After several days, her speech drastically improved.

"I'm so glad she recovered quickly. Everything was on time, everything was perfect,” her husband Frank notes. “The doctors were excellent, they couldn't have done any better. The result is fantastic. She responds very well."

Anna now laughs at the thought that she initially refused to go to the hospital, and is so grateful to her family and medical providers. She continues to see Hugo Aparicio, MD and Thanh Nguyen, MD. She says "At the beginning my hand was tough. Now everything is good. I feel 120%"!

Anna is able to resume practically all of her usual activities and she and her husband now enjoy the great company of their four lovely children and nine grandchildren. 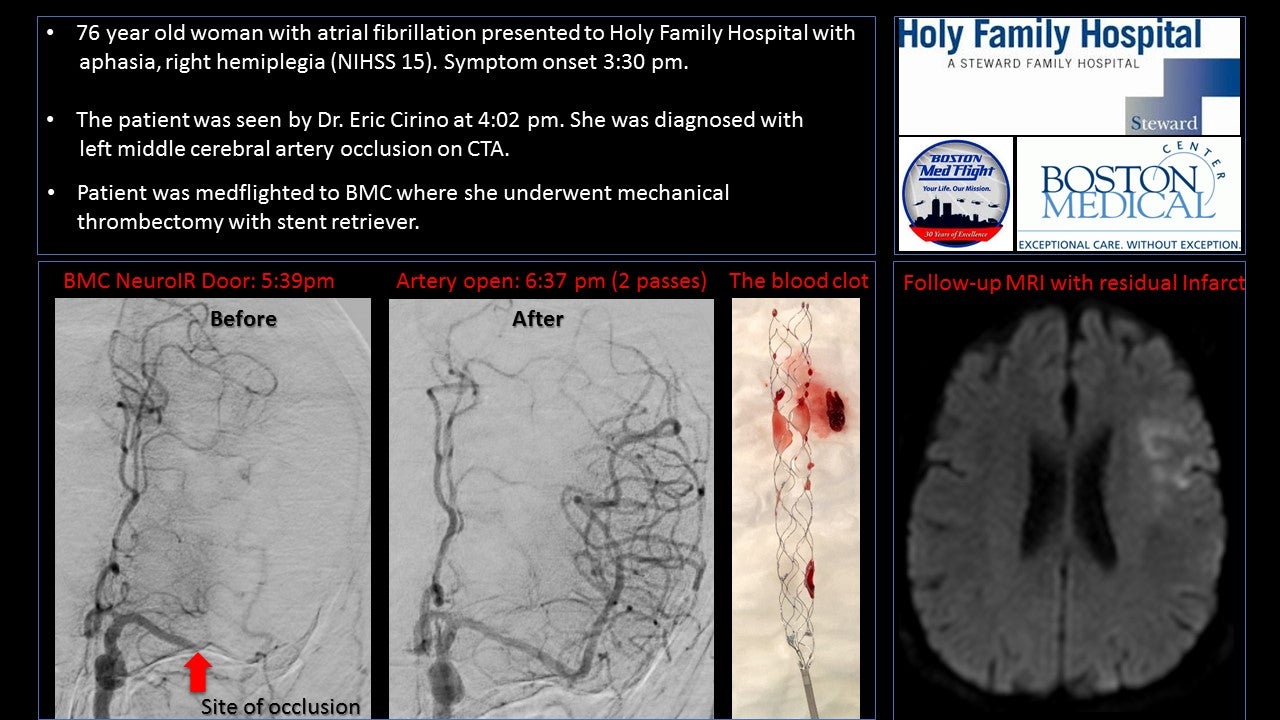 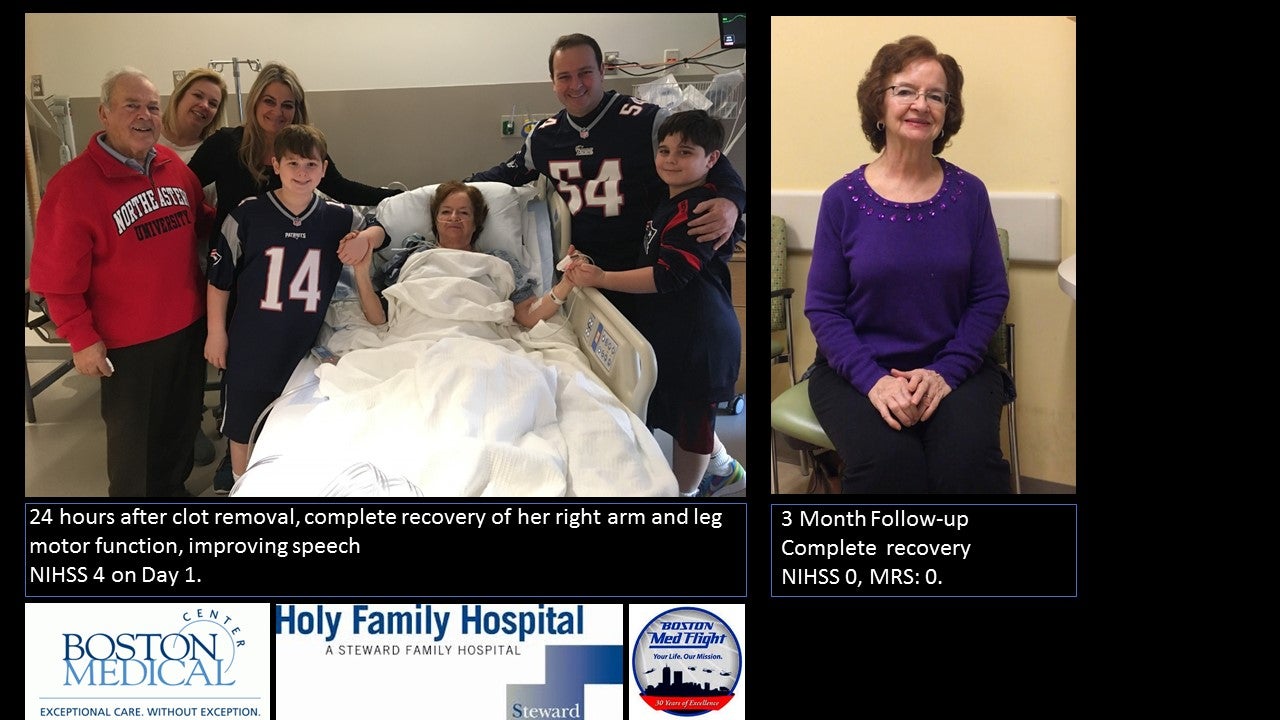