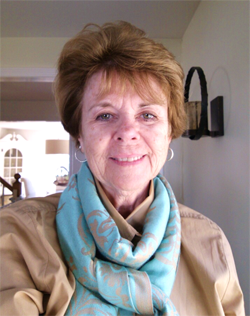 The year was 2003. At the age of 52, Debbie Sullivan’s life was filled with excitement. She anticipated the arrival of her first grandchild and her son’s wedding, both to occur in the coming weeks. At the time, she was experiencing shooting pains down her legs, which were becoming progressively worse. She attributed the pain to a work-related injury because she was frequently carrying large, heavy rugs as part of her job at a carpet manufacturing company. So when her gynecologist in Malden revealed that her symptoms might be indicative of a possible tumor, she responded, “I don’t have time for this.”

When her gynecologist confirmed the presence of a tumor and recommended surgery, Deb decided to keep the news to herself, so her family could enjoy the upcoming celebrations. Just a few days later, her daughter went into labor. While Deb was in the waiting room, her gynecologist approached her to let her know her surgery would be too complicated for his area of expertise, and he would be referring Deb to Dr. Abel Hamid, a gynecological oncologist at Boston Medical Center (BMC). Deb shared the news with her husband, and the two of them met with Dr. Hamid the following week.

Deb remembered she had no idea what to expect, so when Dr. Hamid said, “I believe we are looking at ovarian cancer,” Deb was shocked. Deb’s case was especially complicated because the tumor had wrapped itself around the blood supply to her legs. The multidisciplinary ovarian cancer team worked together to determine a personalized treatment plan, and Dr. Hamid was back in touch with Deb to schedule her surgery for the week following her son’s wedding.

After surgery, Deb was referred for chemotherapy treatment. Deb recalled Dr. Hamid called the medical oncologist himself to schedule the appointment, and her doctor’s appointment was booked for the next week. She met with the medical oncologist, Rita Blanchard, MD, and a resident. “They were wonderful,” she said. “I met with them for two hours and asked them all of the questions that I had. I left there feeling confident, even though everything was blind to me, but I just felt good about it.”

Unfortunately, Deb’s battle with ovarian cancer continued. Several months after completing treatment, Deb began to experience more pain similar to what she felt during her initial diagnosis. She called Dr. Blanchard in tears. Dr. Blanchard replied, “Come right in,” and she saw Deb in her clinic that same day. Deb underwent additional surgery and chemotherapy treatments, and though the process was mentally and physically exhausting, Deb felt like she was in good hands. “It just felt like nobody was ignoring me,” she said.

As Deb continued her treatments, she received a call from Sandy Allten, RN, a staff member at BMC who was beginning a new ovarian cancer support group. When Sandy invited Deb to join the group, she remembers telling her, “I’m not really a support group person.” Deb agreed to go to one meeting. Nearly eight years later, she is still an active member of the Ovarian Cancer Support Group, now facilitated by Diane Sarnacki, MSN, RN, AOCN. “Every woman has a different story and diagnosis,” Deb said, “but this was the group where people knew what I was talking about.” As an eleven-year ovarian cancer survivor, Deb is no stranger to the challenges that arise when fighting this terrible disease. She believes the ovarian group is a great place to share stories and hopes she can provide support and motivation for others, as they have provided for her in the past.