Safety-Net Hospitals Remain Vital Resource for Minority Patients Following Health Reform
BMC is seeing patients at our hospital and clinics—see how we’re keeping everyone safe. Book your next appointment today or learn about our telehealth options.

(Boston) – June 17, 2016 – A new study led by researchers at Boston Medical Center(BMC) found that the proportion of discharges among minority patients receiving inpatient care at minority-serving hospitals in Massachusetts increased after the implementation of health insurance reform measures which expanded access to care in non-safety net hospitals. The research suggests that minority-serving hospitals remain an important and vital component of the health care system and may benefit greatly from interventions such as raising Medicaid reimbursement rates. The study is published online ahead of print in the journal Medical Care.

From 2006 to 2008, Massachusetts implemented widespread health reform, which expanded access to public medical insurance, created a health insurance exchange for more affordable private insurance, and served as a model for the Affordable Care Act (ACA). As a result, thousands of previously uninsured patients entered the marketplace.

Researchers compared inpatient discharge data from Massachusetts, New York and New Jersey between 2004 and 2009 and identified minority-serving hospitals and safety-net hospitals in each state. Then, they examined the change in concentrations of minority discharges at minority-serving hospitals and tracked the movement of “safety-net hospital users,” or patients with at least four hospitalizations within the study period. 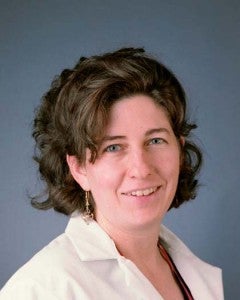 This study was supported by grants from the National Institute of Health (1U01HL105342-01) and the Rx Foundation.Researchers point to several possible explanations for the increase in the proportion of minorities cared for at minority-serving hospitals in Massachusetts over the study period. These explanations include “loyalty” of minority patients; services such as insurance assistance, interpretation, and intensive case management which are often unavailable at other facilities due to poor reimbursement rates; and a primary care physician shortage in Massachusetts.