We're glad you've chosen BMC for your care! Please call the department you wish to make an appointment with to get started. Learn more about coming to BMC.

If you are a new patient and need an appointment, please contact us at the phone number below.
617.638.7420

Call our department to schedule a referral appointment
617.638.7420

At Boston Medical Center (BMC), the care of patients with melanoma is a collaborative, multidisciplinary process, offering the full spectrum of services for early to advanced stages of the disease and involving dermatologists, specialized surgeons (including neurosurgeons and thoracic surgeons), medical oncologists, and radiation therapists. BMC’s Cancer Care Center organizes its services around each patient, bringing together the expertise of diverse specialists to manage care from the first consultation through treatment and follow-up visits.

The Cancer Care Center is dedicated to providing treatment that is effective and innovative in curing and controlling cancer, while managing its impact on quality of life. The NCCN Guidelines for treatment based on stage of disease are fully supported. In addition, clinical trials of new agents or combinations of agents are offered to try to prevent recurrence and to treat metastatic disease. Melanoma molecular tests and genetic screening are being used routinely to help direct and personalize treatments.

Melanoma is a type of skin cancer caused by the cancerous growth of pigment producing cells in the skin called melanocytes.

The body’s largest organ is the skin. It performs several functions. It covers and protects the organs inside the body from heat, injury, germs, infections, and damage caused by ultraviolet (UV) radiation. It also stores water and fat, helps control body temperature, and produces vitamin D.

The skin consists of three layers: the epidermis, the dermis, and the subcutis.

The epidermis is the thin top layer of the skin. It consists mostly of flat cells called squamous cells. Round cells called basal cells are found below the squamous cells. Melanocytes are found among the basal cells in the deepest part of the epidermis. Exposure to UV radiation causes melanocytes to produce more of the brown pigment melanin, which causes the skin to darken (tan).

The dermis is the middle layer of the skin. It is much thicker than the epidermis and contains hair shafts, blood vessels, lymph vessels, glands, and nerves. Some glands produce sweat, which helps keep the body cool. Other glands produce an oily substance called sebum, which helps prevent the skin from drying out. Tiny openings in the skin called pores allow sweat and sebum to pass through the surface of the skin.

The subcutis is the deepest layer of skin. It contains proteins and fats, which help the body retain heat. It also functions as a shock absorber to keep the body’s organs safe.

There are several kinds of benign (noncancerous) growths of the skin. These include moles (melanocytic nevi), seborrheic keratoses, hemangiomas, lipomas, and warts. Benign growths are typically not life threatening. They can usually be removed and don’t tend to regrow. They don’t invade surrounding organs or tissues, nor do they spread to distant sites around the body.

Malignant growths (such as melanoma, basal cell cancer, or squamous cell cancer) may be life threatening. They can usually be removed but sometimes regrow. These growths may invade and damage nearby organs or tissues and may spread to distant sites around the body.

The disease is rare in people with dark skin, but when it does develop, it is often found in acral areas, such as under the fingernails or toenails, or at mucosal sites.

Melanoma is less common, but far more dangerous, than other skin cancers. It accounts for only a small percentage of skin cancers but causes the most deaths of any skin cancer type.

It is more likely than other skin cancers to spread (metastasize) to other parts of the body.

Melanomas may arise from preexisting moles, but they more commonly originate within normal looking skin.

A change in the color, shape, or size of an existing mole is many times the first symptom of melanoma. The ABCDE rule can help determine if a mole is suspicious and should be checked by a physician.

ABCDE stands for the following:

Melanomas vary in appearance. Some melanomas may have more abnormal features than others. Not all of the features named in the ABCDE rule need to be abnormal for a mole to be cancerous.

The texture of a mole may also change. This generally happens in the more advanced stages of melanoma. The skin on the surface of the mole may look broken down or scraped. It may feel hard or lumpy and ooze or bleed. Melanomas may be itchy, painful, or tender.

Although the exact causes of melanoma remain unknown certain risk factors—things that increase an individual's chances of developing a cancer—have been identified. While risk factors may be useful in identifying high-risk individuals, they do not determine whether a person develops a disease. Some risk factors, such as sun exposure, are within a person’s control, while others, such as age, are not.

Possible risk factors for any type of skin cancer include

Staging is the process of determining how widespread or advanced the cancer is. It is an important part of diagnosis because it is used to determine the most appropriate treatment options for patients and provide them with a prognosis.

The stage of melanoma is based on several factors, including how deeply it has penetrated the skin, whether it has ulcerated (broken open), and whether the cancer cells have spread to nearby lymph nodes or other organs.

To determine the stage of the disease, physicians need to remove the entire melanoma. The regional lymph nodes are assessed by a clinical exam, and a sentinel lymph node biopsy is advised for melanomas that have certain microscopic characteristics that take into account their depth, whether they are ulcerated or not, and how rapidly they are proliferating. A fine needle aspiration biopsy may be performed instead if the regional lymph nodes are enlarged on the clinical exam. The physician may also perform a series of blood and imaging tests based on the results of these tests.

The clinical stage of melanoma is based on the findings of the physical exam, skin biopsy, lymph node biopsy, and any imaging or blood tests that are performed.

Stage 0: Cancer is present in the top layer of skin (epidermis only). This stage is also referred to as melanoma in situ.

Stage I - II: The melanoma is localized to the skin with no evidence of spread to the lymph nodes or other organs. Stage II melanomas have more adverse features compared to Stage I melanomas.

Stage III: The melanoma has spread to the regional lymph nodes.

Stage IV: The melanoma has spread to distant organs, such as the lungs, liver, or brain.

For more detailed information on stages of melanoma, visit the staging section of the American Cancer Society’s melanoma website. 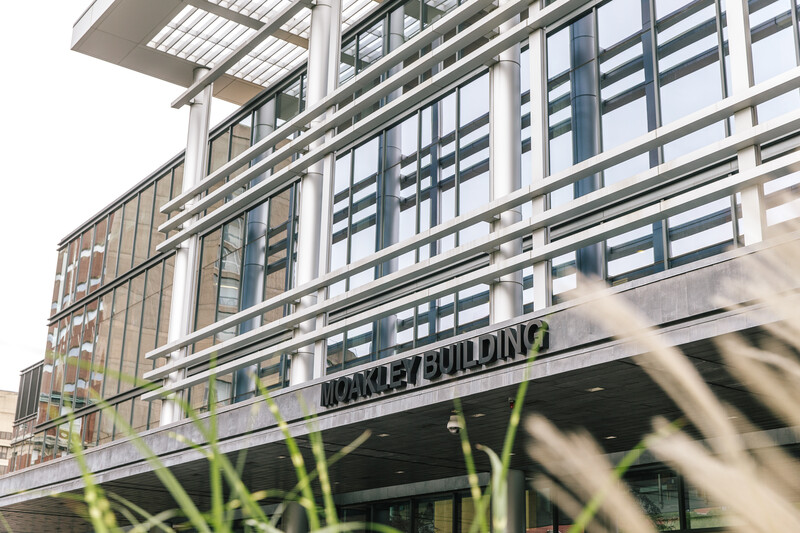 Professor of Medicine and Pathology, Boston University School of Medicine

Professor and Chair of Otolaryngology, Head and Neck Surgery