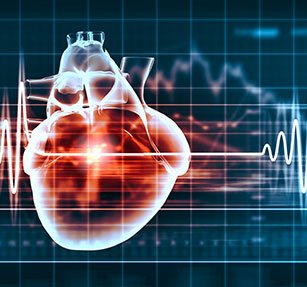 The heart is made up of four chambers, two called atria and two called ventricles.  A ventricular aneurysm occurs when one of the ventricles has a weakening and is expanded and bulged like a balloon.  This is a serious side effect that can occur after a heart attack.  It happens when, after a heart attack, scar tissue forms which can then calcify, causing complications. Symptoms generally include shortness of breath, chest pain, or heart rhythm disturbances (arrhythmias). If left untreated, ventricular aneurysm can lead to heart failure or dangerous blood clotting.

When a patient is diagnosed with a ventricular aneurysm, cardiac surgeons open the chest, remove the weakened area of the ventricle wall, and sew the walls of the ventricle back together. Aneurysm repair is often followed by medication therapy. This procedure is important because it cures the aneurysm and reduces the potential for heart failure and blood clots.