Eric was on his way to take out his garbage when suddenly he felt his right side go weak.  He says he remembers trying to hold himself up on a fence when his neighbor, who was leaving for work, saw him struggling.  Eric says he was not able to speak to his neighbor but his neighbor knew something was wrong and was able to call 911 for an ambulance.

He was brought to Boston Medical Center by Brewster EMS and was evaluated in the ED by Dr. Hugo Aparicio, the Stroke Attending.  He was found to have a large 1 cm clot in his left carotid terminus which was the cause of his stroke.  Eric was quickly brought to see Dr. Thanh Nguyen who, in just 18 minutes, removed this large clot from the blood vessel in his brain. After the procedure, Eric no longer has any weakness, is able to speak, and is back to his usual jokes.

Eric is very thankful to the entire team who helped save his life. He is looking forward to continuing to make others laugh. 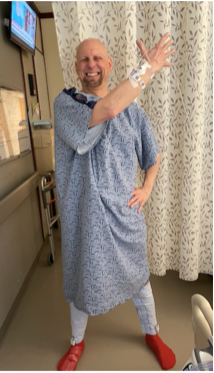 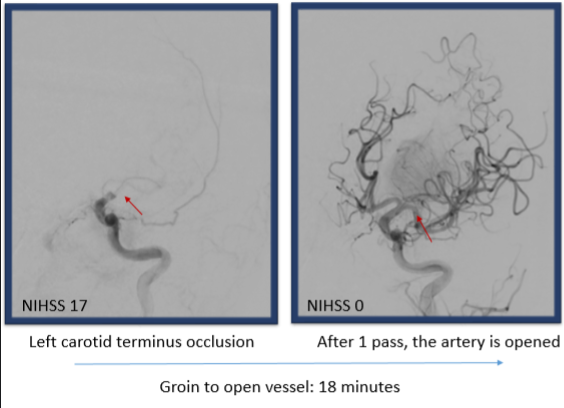