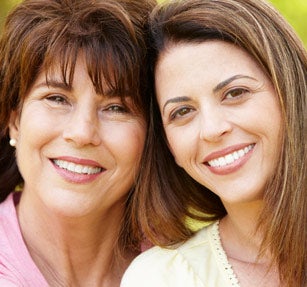 The Women's Health Group integrates clinical care with innovative women's health research, using the findings of investigations to help inform the clinical and medical education missions of the Center of Excellence in Women’s Health. Investigators in the Center have developed and evaluated a number of clinical protocols in preventive medicine, including screening tools for eating disorders and domestic violence that are now used in the clinical intake form within the Center and across the country. Research demonstrating the role of physicians in the low rates for mammography and clinical breast examination in certain populations has led to the evaluation of innovative techniques to improve medical education in this critical area.

The Program in Research on Women's Health at Boston Medical Center was launched in 1993 by Drs. Marianne N. Prout and Gail E. Sonenshein. The goal was to promote interdisciplinary research in women's health at the medical campus by bringing bench scientists, clinical investigators and public health researchers together to determine collaborative research directions and to help obtain funds for the research. Some of the key achievements were:

In 2005, the Program in Research on Women's Health at Boston Medical Center was replaced by the Women's Health Interdisciplinary Research Center (WHIRC) which pursues the same goal: to promote women's health through research and training.