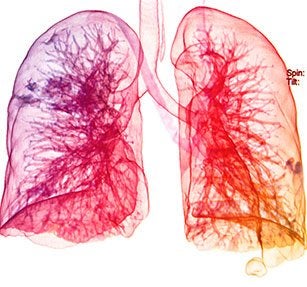 After a careful evaluation, the medical team will recommend the treatment that is appropriate to each patient’s particular circumstances. Depending on the pleural condition and its cause, treatment may include:

Bullectomy is the surgical removal of a bulla, which is an air pocket in the lung that is greater than one centimeter in diameter (across). Bullae tend to occur as a result of lung tissue destruction and diseases such as cancer and emphysema. Their presence in the lung takes up space, causes pressure and blocks your breathing.

Video-Assisted Thorascopic Surgery (VATS) is a minimally invasive alternative to open chest surgery that involves less pain and recovery time. After giving you a sedative, the physician will make tiny incisions in your chest and then insert a fiber-optic camera called a thorascope as well as surgical instruments. As the physician moves the thorascope around, images that provide important information are projected on a video monitor. VATS is not appropriate for all patients; you should have a thorough discussion with your provider before making a decision. It is often not recommended in people who have had chest surgery in the past, because remaining scar tissue can make accessing the chest cavity more challenging and thus riskier.

Pleurodesis is a therapy that we offer for lung cancer patients to remove excess fluid—called pleural effusion—from the space between the lungs and chest wall that line the lungs (pleura). This fluid prevents the lungs from fully expanding as you breathe, causing shortness of breath. Pleural effusion is usually diagnosed by means of a chest x-ray, and a sample of the fluid may be taken to confirm its cause. There are a few ways to perform pleurodesis. One such way is video-assisted thoracoscopy, a new, less invasive method that we offer at BMC. Using a thoracoscope, a small, thin instrument with a light and lens, your surgeon will locate the area to be treated, drain your lung fluid, and then insert a talcum powder or antibiotic solution. This solution will circulate in the space between the pleura lining the chest wall and the lungs, causing some minor irritation and inflammation, which then causes the tissues to stick together, eliminating the space. Further fluid buildup is thereby prevented, allowing you to breathe easier. If the procedure is not successful, it may be repeated. Pleurodesis does not treat lung cancer, but it can be a very helpful tool in reducing symptoms.

The PleurX catheter is a thin, flexible tube that is placed in the pleural space to drain the fluid buildup associated with pleural effusion. Traditionally, treatment for chronic pleural effusion has required patients to remain in the hospital. The PleurX catheter allows you to manage your pleural effusion at home. The device consists of a catheter that is placed in the pleural space through a small incision. The catheter is connected to a vacuum bottle. When you open a valve at the end of the catheter, fluid drains into the vacuum bottle.

The removal of pleural fluid with a needle or catheter that your surgeon inserts through your ribs in the back of your chest into your chest wall.

Tumor ablation is an image-guided, minimally invasive treatment used to destroy cancer cells. In tumor ablation, a physician inserts a specially equipped needle (probe) into the tumor or tumors guided by computed tomography (CT). Once the probe is in place, energy is transmitted through it and into the tumor.