Boston – Boston Medical Center Health System (BMCHS) today announced that Devin McCourty is joining the Boston Medical Center (BMC) Hospital Board and Jason McCourty is joining the BMC Philanthropic Trust. The McCourty’s have both had distinguished careers in the National Football League, most recently as defensive teammates on the New England Patriots for the past three seasons, but off the field, they have been a driving force behind efforts focused on healthcare, youth development and social justice.

Boston – Boston Medical Center Health System (BMCHS) today announced that Devin McCourty is joining the Boston Medical Center (BMC) Hospital Board and Jason McCourty is joining the BMC Philanthropic Trust. The McCourty’s have both had distinguished careers in the National Football League, most recently as defensive teammates on the New England Patriots for the past three seasons, but off the field, they have been a driving force behind efforts focused on healthcare, youth development and social justice.

“Devin and Jason are leaders and philanthropists who have chosen to focus their time, energy and effort on causes that match up perfectly with BMC’s mission,” said Kate Walsh, president and CEO of BMCHS. “We are thrilled that they will be key players in our efforts to continue making a positive impact on the health and well-being of our patients and the communities we serve.”

Devin and Jason launched their “Tackle Sickle Cell” (TSC) Campaign back in 2013 in partnership with Embrace Kids Foundation (located in New Brunswick, NJ) with the aim of educating the public, increasing blood donations and raising money and awareness for the fight against sickle cell disease. Sickle cell disease is a rare blood disorder that impacts approximately 100,000 Americans. The twins have grown the TSC Campaign, which is managed by MALKA Sports, from its start in New Jersey to the NFL cities for which they’ve played. To date, Tackle Sickle Cell has raised over 2 million dollars net profit to support families battling sickle cell.

BMC started collaborating with the McCourty’s in 2017 on the Tackle Sickle Cell Casino Night to raise money for and awareness of sickle cell disease. The McCourty twins have made a huge impact by leading fundraising efforts to support BMC’s Center of Excellence in Sickle Cell Disease, which provides treatment to more than 500 patients with sickle cell disease each year. Over the past four years, this event has raised more than $700,000 to help provide life-saving care and work toward finding a cure for the disease.

“I’m excited and humbled to join the board at BMC,” said Devin. “BMC works with communities that we’ve supported for years. I look forward to doing my job and helping them continue to be champions.”

“I’m so fired up to continue to work and serve by joining the philanthropic trust at BMC,” shared Jason. “It’s an opportunity for myself and Dev to make an impact and help others.”

Devin has played as a defensive back for the New England Patriots since being drafted in the first round by the team in 2010 and has won three Super Bowls thus far. As a member of the Hospital Board, Devin will help drive BMC forward in its mission to provide consistently excellent and accessible health services to all in need of care.

Jason, who began his career as a member of the Tennessee Titans, joined the New England Patriots as a defensive back in 2018, and was part of the team for the 2019 Super Bowl win. As a member of the BMC Philanthropic Trust, Jason will play a critical role in helping propel BMC’s philanthropic work forward.

About MALKA Sports
MALKA Sports is a full-service sports agency that operates in three verticals, talent representation, brand partnerships and content creation. With creative studios in California and New Jersey, we help brands leverage the power of sports and allow athletes to maximize their platform with unparalleled creative capabilities. For more information, please visit: https://malkasports.com. 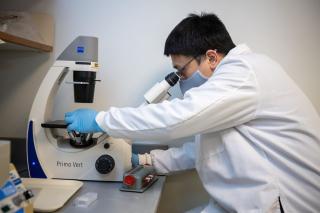