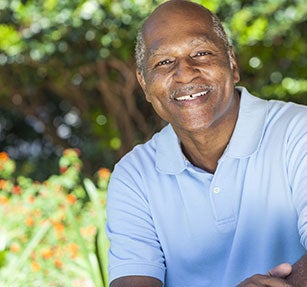 At Boston Medical Center (BMC), the care of patients with cutaneous lymphoma is a collaborative, multidisciplinary process. BMC’s Cancer Care Center organizes its services around each patient, bringing together the expertise of diverse specialists to manage care from the first consultation through treatment and follow-up visits. The Cancer Care Center is dedicated to providing treatment that is effective and innovative in curing and controlling cancer while managing its impact on quality of life.

Patients with a diagnosis or strong suspicion of cancer are given appointments within 72 hours.

What Is Cutaneous Lymphoma?

Cutaneous lymphoma refers to a group of lymphomas that present in the skin at the time of diagnosis. A lymphoma is a cancer of a type of white blood cell called a lymphocyte.

Lymphocytes are part of the body’s immune system, and their job is to protect the body against infections.

Cutaneous lymphomas develop from a small subgroup of lymphocytes that reside in the skin and are outside of the lymphatic system. Thus, cutaneous lymphomas present with lesions on the skin at the time of diagnosis. They do, however, have the potential to spread inside the body and may spread to lymph nodes or other organs, such as the liver or spleen.

They are classified using a system created by the World Health Organization and the European Organization for Research and Treatment of Cancer. The system is called the WHO-EORTC classification. The system classifies a lymphoma based on its appearance under the microscope and whether certain proteins are present on the infected cells.

Cutaneous T-cell lymphomas make up 75% to 80% of cutaneous lymphomas. Most CTCLs are indolent (slow growing) and not life threatening. CTCLs are treatable, but they are not curable unless the patient undergoes a stem cell transplant (see later). There are several different types of CTCL.

MF in the early stages can be easily confused with other skin problems, such as eczema, psoriasis, or dermatitis, making it difficult to diagnose.

MF is generally a slow-growing disease. It may stay confined to the skin for many years. In fact, patients with early-stage, limited disease have a life expectancy similar to other members of the general population.

Sezary syndrome accounts for approximately 15% of cutaneous T-cell lymphoma cases (Cutaneous Lymphoma Foundation 2012). In this condition, patients develop a red rash that covers almost the entire body (called erythroderma). The skin is often thickened and can be hot, very itchy, and sore. Unlike other types of CTCLs, which affect only the skin, Sezary syndrome affects both the skin and the blood. Lymphoma cells called Sezary cells are found in the skin and the blood, and lymph nodes are often enlarged.

Sezary syndrome tends to grow and spread faster than mycosis fungoides. It is also harder to treat. Patients with Sezary syndrome often have highly compromised immune systems, which increases a patient’s risk of serious infection.

This is the second most common group of CTCLs, making up about 30% of CTCL cases, and is used to define a group of lymphomas that share a common biology, in that the lymphoma cells exhibit a certain protein called CD30. This group of lymphomas includes two main subsets: lymphomatoid papulosis (LyP) and primary cutaneous anaplastic large cell lymphoma (C-ALCL).

Lymphomatoid papulosis (LyP) is not a life-threatening disease and does not generally affect an individual’s overall health or wellbeing. The disease often presents as multiple lesions that may ulcerate in the center and typically comes and goes on its own without treatment. The lesions heal by turning scaly or forming a crust. The disease can take months, or even years, to disappear completely. Unlike other cutaneous T-cell lymphomas, LyP does not spread to the lymph nodes or other organs

The occurrence of a second lymphoma (most commonly mycosis fungoides) can happen in as many as one-fifth of LyP patients, regardless of treatment. It is therefore important for patients to be followed up long term by their physicians.

Primary cutaneous anaplastic large cell lymphoma (C-ALCL) typically presents as one or a few lesions on the skin that are generally larger than those of LyP and do not typically go away without treatment, although in some cases they can. The lesions have a tendency to ulcerate in the center and can be itchy.

This particular type of CTCL generally has a very good prognosis (outlook). Spread of this lymphoma internally to the lymph nodes may happen in up to 10% of patients.

As C-ALCL and LyP belong to the same family of conditions, they are often found together in the same patient.

Subcutaneous panniculitis-like T-cell lymphoma is a rare, slow-growing type of cutaneous T-cell lymphoma that causes lumps to form in the deepest layers of the skin. It can occur anywhere in the body but most commonly on the legs. It generally has a good prognosis.

Cutaneous T-cell lymphomas that do not fall into any of the above categories are called primary cutaneous peripheral T-cell lymphoma, unspecified. The lymphomas in this group are very rare and often fast growing.

The physical symptoms of this particular lymphoma include widespread patches, nodules, and tumors that are ulcerated in the center. It can look similar to mycosis fungoides, but a biopsy can differentiate between the two.

Primary cutaneous gamma/delta T-cell lymphoma develops primarily on the arms and legs (and occasionally in the intestines or the lining of the nose) as thickened plaques or tumors.

Cutaneous B-cell lymphomas (CBCLs) are much rarer than cutaneous T-cell lymphomas and make up about 20% to 25% of cutaneous lymphomas. More common systemic B-cell lymphomas, such as Hodgkin’s disease, can spread to the skin and mimic a CBCL. A skin biopsy alone would not be able to tell the difference between the two presentations. Thus, at diagnosis, following a skin biopsy, a CT scan is done to determine if there is internal involvement by a systemic lymphoma. The three main types of CBCL are:

This slow-progressing lymphoma often presents with multiple small, pink bumps that frequently recur on the skin after treatment. The outcome for these patients is excellent and similar to that of the general population.

This also has a slowly progressing course and presents with single or multiple pink/violet skin lesions that tend to be on the head and face or, less commonly, on the trunk and legs. The disease rarely spreads internally, and patients generally have an excellent outcome.

Unlike the other two CBCLs, this lymphoma characteristically presents with fast-growing red/violet lesions on the legs, although it can also present elsewhere. The disease is more common in elderly female patients. It also has a higher probability of spreading internally in affected individuals.

The physical symptoms of cutaneous lymphoma vary from patient to patient, but typically include:

They are characteristically itchy and can vary in color from red to brown to purple. Some lesions may ulcerate (break open) in the center, giving them the appearance of open sores.

On rare occasions, cutaneous T-cell lymphoma can cause general symptoms, such as fever, severe itchiness, profuse sweating, and unexplained weight loss. It is uncommon for cutaneous B-cell lymphomas to cause these symptoms.

Most of these symptoms are more likely caused by other, less serious conditions.

Although the exact causes remain unknown, certain risk factors connected to the disease have been identified. While risk factors may be useful in identifying high-risk individuals, they do not determine whether a person develops a disease. Some risk factors are within our control, while others are not. 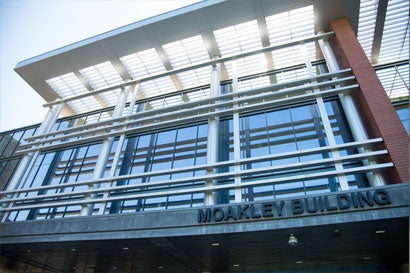