Skip to main content
BMC is seeing patients at our hospital and clinics—see how we’re keeping everyone safe. Book your next appointment today or learn about our telehealth options.
×
Research
Chasing a Cure for Lung Disease With Stem Cells: A Conversation With Finn Hawkins
New technologies can produce billions of cells, creating research opportunities that promise to advance our understanding of serious lung diseases.

Ten years ago, when Finn Hawkins arrived in Boston to begin a pulmonology fellowship, he had barely set foot in a science lab. A native of Galway, a small city on the west coast of Ireland, Hawkins had just completed a residency in the United States and was already a capable physician, having cared for patients at the bedside since his mid-20s. But he had never done bench research. And he had never heard of stem cells.

An offhand conversation during a rotation changed all that. In a few moments of downtime while caring for a very sick teenager with cystic fibrosis at Boston Medical Center (BMC), the attending pulmonologist began telling Hawkins about his research with induced pluripotent stem cells, or iPS cells, an emerging field then just a few years old.

You can take a cell from your skin, explained Darrell Kotton, MD, grow it in a dish, and then reprogram it to make a stem cell capable of becoming any cell type in the body. If you could succeed in turning those stem cells into functioning lung cells, Kotton went on, it could resolve a major bottleneck in pulmonology research — limited access to tissue samples — and accelerate a cure for cystic fibrosis and other diseases.

The conversation reprogrammed Hawkins' thinking. Drawn to the idea of getting to the fundamentals of lung disease, Hawkins soon joined Kotton's lab at the Center for Regenerative Medicine (CReM), a joint venture of BMC and the Boston University School of Medicine that had been founded two years earlier to apply stem cell research to serious diseases including cystic fibrosis, cirrhosis, and sickle cell disease.

Not a decade later, Hawkins is among a group of investigators at the forefront of actualizing the vision Kotton sketched out that day. In a series of recent papers, Hawkins and his colleagues have described an efficient, replicable process for generating lung cells at the massive scale needed for widespread research, and they've succeeded in modelling lung diseases — and then correcting them — in vitro.

Last year, Hawkins also opened a new clinic at BMC specializing in interstitial lung disease. The clinic brings together the complexities of individual cases with the cutting-edge science happening at CReM. In partnership with their patients, Hawkins and his colleagues study and learn from patient-specific cells, with the goal of uncovering better drug therapies or even, eventually, a cure.

Hawkins sat down with HealthCity to talk about the intersection of his research and clinical work, how he stays motivated when experiments fail, and why he feels so strongly that stem cell research must be open source.

HealthCity: Why did you decide to set up a clinic for interstitial lung disease?

Finn Hawkins, MBBCh: Interstitial lung disease is a family of diseases with various causes, and for the last 40 years we've been using the same handful of treatments. The focus on this disease was deliberate, because with some of the recent discoveries and newer techniques, I think our understanding of these diseases — and hopefully our treatment options — is really going to explode.

The goal is to have a world-class center that provides excellent, state-of-the-art care and that also has a basic science and clinical research component.

The vision for the clinic is to see patients with very rare diseases and marry that care with the sophisticated research we do at the CReM. The goal is to have a world-class center that provides excellent, state-of-the-art care and that also has a basic science and clinical research component. To make progress in this disease, we need to study our patients as we're treating them.

HC: Do you talk about your basic research with the patients you see in clinic?

FH: All the time. I have patients with idiopathic pulmonary fibrosis who live with shortness of breath every minute of their lives. We have some medications that are now available, but overall the prognosis is not very good, and it's a tough disease. They're desperate for a cure, so we talk about it a lot.

I try to convey to them that I'm completely invested, and we're trying, but it's going to take time. Most of them are very understanding. One patient who passed away last year springs to mind. He would always pull my leg: "When are my new lungs going to be ready, doc?" I would've thought people would be more frustrated and impatient and demanding — "I need progress now, you need to push harder" — but they're really understanding.

HC: Why did that first conversation about iPS cells make such an impression on you?

FH: My mind was blown that such a thing existed. It really lit a fire under me.

If I had known how hard the project was going to be, I probably wouldn't have signed up. [laughs] It was very hard and ambitious, if you think back to 2010, when the conversation happened. At that point in time no one was anywhere near making believable lung tissue. Perhaps luckily, I was naïve enough to think, "Sure, I'll sign on. How hard can it be?"

HC: You've coauthored two recent publications that detail a process for generating several types of lung cells from iPS cells. What questions or gaps were those papers trying to address?

FH: There had been some progress before 2017 in making lung cells from iPS cells. But how do you prove a cell is a lung cell? That's a big question. It's easier if the cell is really mature, but if it's four weeks old, it's impossible to distinguish from its neighbors. Are these really lung cells? What genes are being expressed at this early time that actually make them lung cells? One paper was getting to that question.

But the goal is to do something productive with those cells. Modeling diseases requires mature cells that are closer to a living, breathing human adult. To get there, you need to have efficient protocols. How do we sort and isolate the cells, put them in a new dish, grow them, and then coax them to become the cells that we're interested in? We've spent a lot of time trying to optimize the different stages to get more efficient, which was the focus of the other paper.

HC: Your team has used stem cells containing a genetic mutation to model lung disease in vitro, and then correct it using gene editing. Why was that a breakthrough?

FH: It was proof of concept that if you could perform gene editing on patients with this mutation, it would be enough to cure the disease. If you can make iPS cells from those patients, correct the mutation, and give the patients back their own cells without the mutation, in theory you could cure the disease. That's a lot of ifs, right? That's decades of work. But it was proof of concept that, in theory, it would work.

The cells in that paper are found in the tiny air sacs in the lungs and are important in many different diseases, but they're really difficult to study as soon as you take them out of the human body. So the key progress with this paper was essentially a new technology where we can generate billions and billions of these cells to do the studies we've been dreaming of for the past 20, 30 years.

HC: Where do see the research progressing from here?

FH: One day we might actually be able to deliver these cells to a patient. We're many decades away from doing that, but the field is starting to move there with careful experiments and appropriate models.

Personally, where I think we'll see the most progress in the next decade from iPS cells is not in cell-based therapy, but in drug development. If we're making better and better cells, the in vitro models will also get more representative of the actual disease. If we understand the diseases that affect these cells, we can develop better tests to validate drugs.

Finn Hawkins, shown here in the lab at the Center for Regenerative Medicine with his fellow investigator and coauthor Katherine McCauley. (Photo by Jackie Ricciardi)

HC: You've mentioned the decades of work required. What keeps you motivated?

FH: It's a very complicated field, and some of the experiments take months. We have cells from one experiment that have been continuously growing for seven months now. If that experiment fails and I have to repeat it, that's a bad day at the office. Most experiments fail, so you need to have an enormous amount of grit and the ability to seize the successes and ride that energy through the harder phases when nothing is working.

Most experiments fail, so you need to have an enormous amount of grit and the ability to seize the successes and ride that energy through the harder phases when nothing is working.

The reason I keep going and the lab keeps going is because we keep seeing critical advances that fuel us. The breakthroughs sometimes come in runs, and sometimes there's a drought. Thankfully, the breakthroughs have brought us to a point where the cells are sufficiently good that we can freeze them and store them, so that when we do the next experiment, we don't have to go all way back to the start. And we can scale it up. An experiment may take two months — but at the end of two months we've generated several billion cells that we can share with many collaborators.

HC: CReM shares cells free of charge with researchers all over the world. Is that open-source approach the norm in the field?

But as a physician, when you're in a room with a patient, it's just completely unacceptable to think that NIH dollars are being spent on research and the results aren't being shared freely and quickly, that tools aren't being disseminated. It's a non-negotiable must for me. My conscience can't bear the alternative, to be honest with you. I feel strongly about it. 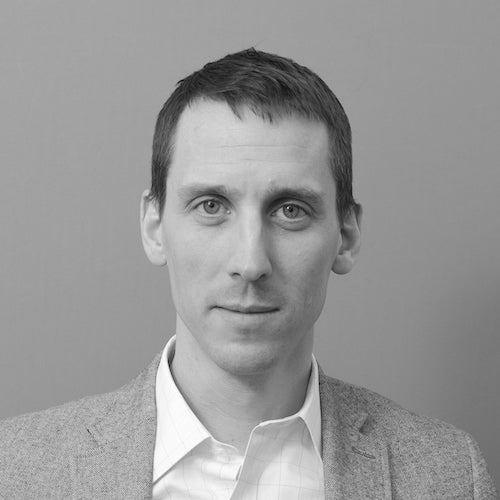 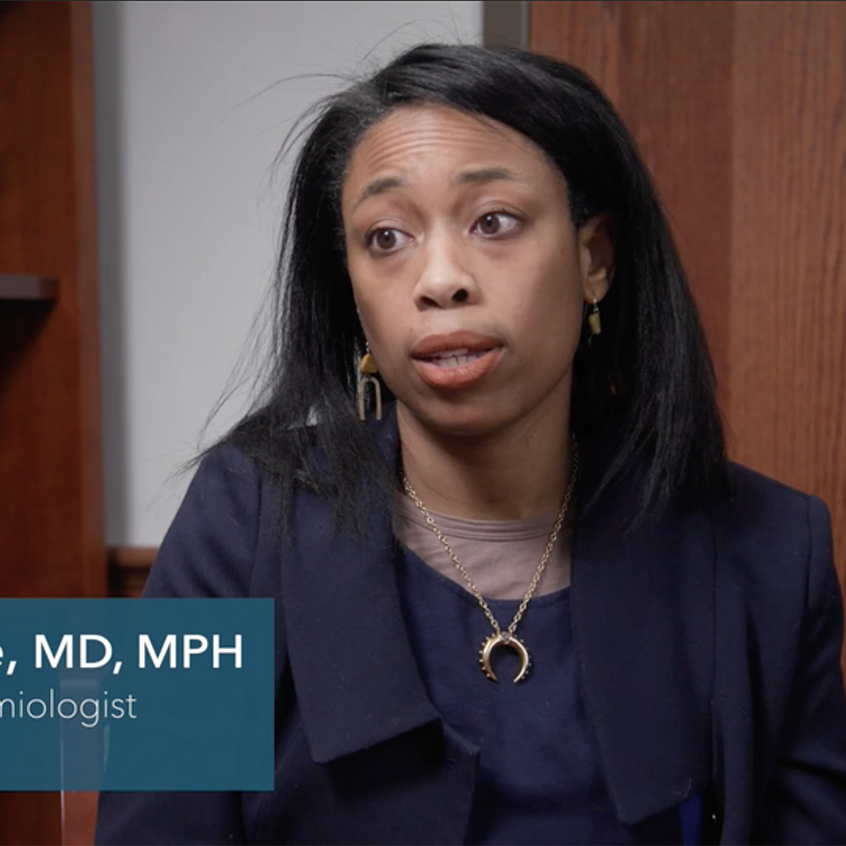 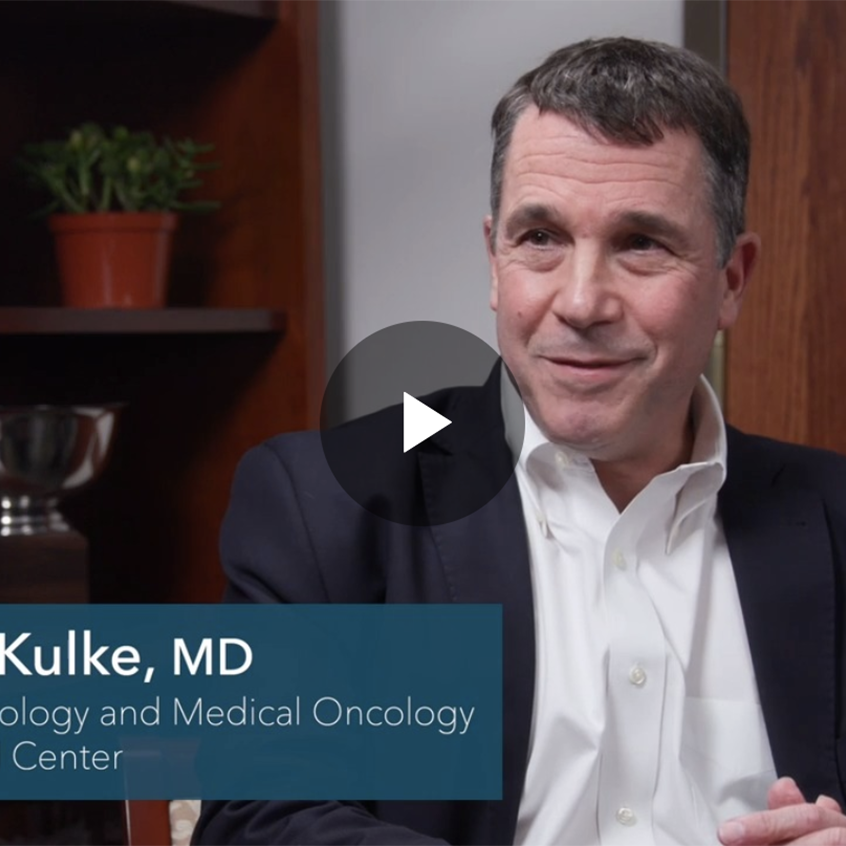 Etoposide and Other Clinical Trials for COVID-19 Inflammation 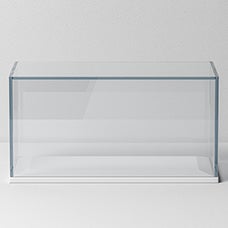