The Pittsburgh-based real estate CEO talks gentrification, buying at the right price, and the behavioral health of neighborhoods.

Pittsburgh has been hailed as an economic miracle. Over the past two decades, the quintessential steel town has rustproofed and reinvented itself as a research, healthcare, and technology hub, adding blue-chip employers like Google and Uber to the already long list of venerable universities and corporations in the area.

But Pittsburgh 2.0 hasn't been without its drawbacks. As in the Bay Area and cities ranging from Boston to Seattle, an influx of highly paid tech workers threatens to magnify local economic disparities by raising the cost of living and displacing long-time residents. Pittsburgh has witnessed dramatic increases in real estate prices, and a municipal task force recently estimated the city's shortage of affordable housing at more than 17,000 units.

This is the setting that gave rise to Omicelo, a five-year-old real estate investment firm dedicated to building up not only the supply of housing, but also the health and wealth of communities in Pittsburgh and beyond. CEO and founder Joshua Pollard, a Steel City native and Goldman Sachs alum, believes the three must go hand-in-hand.

Omicelo has three core functions that work in concert: a capital division focused on for-profit real estate investments, an engineering and construction division that creates job opportunities, and a nonprofit arm known as Omicelo Cares that offers technical assistance to small businesses and seminars for community members on buying and developing real estate. The seminars have already produced 52 graduates who have gone on to purchase more than 20 properties.

Pollard has made the social determinants of health a cornerstone of his company's mission. Omicelo has partnered with the University of Pittsburgh Medical Center (UPMC) on investments to prop up the city's stock of affordable housing. As a result of UPMC's involvement in the Accelerating Investments for Healthy Communities initiative led by the Center for Community Investment, Pollard has made connections and shared his experience in Pittsburgh with like-minded health systems around the country.

During a recent visit to Boston Medical Center, Pollard sat down with HealthCity to talk about his philosophy of investment without displacement and his vision for truly healthy neighborhoods.

HealthCity: Has Pittsburgh's tech boom accelerated gentrification and the shortage of affordable housing, as it has in places like San Francisco?

Joshua Pollard: Yes, it is accelerating those trends in particular neighborhoods. But when you look at San Francisco, it's almost region-wide. In Pittsburgh, it's been very neighborhood-specific, and it's traditionally been centered around the universities. Those trends are moving at an accelerated pace by Pittsburgh standards, but we haven't reached the inescapable velocity you see in certain parts of San Francisco, or New York, Boston, or L.A.

And, frankly, that's been a good thing because I think there's still opportunity for neighborhoods and community members to be engaged in the improvement of their neighborhoods, such that they can absorb that growth as opposed to being negatively impacted by it. There are certain things that are very difficult to impact after there's been material increases in land prices or rents or more drastic cultural and socioeconomic changes.

Due in part to an influx of technology companies, Pittsburgh has experienced surging real estate prices and a shortage of affordable housing, raising fears of gentrification and displacement. (Getty Images)

HC: UPMC has been an important partner and investor. What spurred the relationship with UPMC?

JP: What Omicelo is ultimately trying to do in partnership with UPMC is address the social determinants of health. We believe there are two social determinants that our organizations can focus on together: housing and wealth. We feel that if you can support folks with better housing and work diligently to get to higher incomes and wealth, you can actually begin to solve some of the health issues. You can have a special impact and alleviate some of the disparities.

There's a unique space and opportunity for us to address the social determinants of health and put good housing and good wealth within reach for a large swath of community members. It takes good, strong, strategic partnerships in order to do that well.

HC: What role do you see Omicelo playing in Pittsburgh's housing landscape? Are your investments filling a need or gap that isn't being met by other entities?

JP: The space we like to operate in, where we think we can have the most impact, is going into a neighborhood where there may be talk of negative gentrification and investing in the real estate and the people simultaneously.

In our ideal scenario, we're walking into a neighborhood with Omicelo Cares first and teaching community members how to develop real estate. Then, we're making investments in those neighborhoods. Now we've invested in a building, and it needs significant rehab, or it's a ground-up development opportunity, and we're serving as a workforce development agent.

HC: What do you mean by the behavioral health of the neighborhood?

JP: If you're in a neighborhood like the one I grew up in, and all of a sudden development starts happening without a ton of lead time for folks to understand what's going on, they're going to assume that the development is happening to them, not for them. It'll be, "OK, I guess we're going to have to leave soon." Or, "Here they come" — and they is undefined. That impacts your behavioral health, your emotional health, in a specific way. I've felt that feeling before. It starts to snowball, and that's not healthy.

HC: You've described Omicelo as a mission-driven investment firm. How do you balance your broader mission with the need to generate a return for Omicelo and your investors?

JP: There's only one way to make a good financial return on real estate, and that's to buy at the right price. If you buy property at the wrong price, you can't make up for it anyway else.

Communities are gaining significant voices in whether or not particular plots of real estate are sold or developed. I can name a litany of projects around the country with multiyear delays, where community involvement and voice have completely shifted whether or not projects are done. Look at Amazon in New York City. That never would have happened 50 years ago, or even 10 years ago. We live in a very different time.

There's only one way to make a good financial return on real estate, and that's to buy at the right price. My firm belief is that you get to the right price by doing the right thing.

There's an old way of doing things — you know, striking up a deal in a closed-door meeting — that is still alive, but not well. Omicelo's intention is to be forward-thinking in how we work with the community to buy at the right price. And that's going to mean buying with the community, not against the community.

When I decided to move back to Pittsburgh and focus my life's attention on communities and real estate, it was very clear to me that those who were really successful in real estate — as with other financial assets —buy low and sell high. But I didn't see any examples where buying low and selling high didn't displace people. And so at the very beginning, I said, I cannot — I will not — be that guy who made a great return at the cost of kicking myself out of the same neighborhood I grew up in. I couldn't look my 14-year-old self in the face and say, "Sorry little guy, you and your family have to go."

HC: When you think about the long-term impact you'd like to have, what do you envision? What would the community look like 10 or 15 years from now?

JP: First, unbelievably healthy housing. If we're really successful at the type of work that we're doing, the home — the physical building — is adding to the health and wealth of individuals, not taking away from it.

And last, those community members are the job providers, not the job seekers. The small businesses that are sitting inside of homes in these same neighborhoods, pulling in $5,000 or $10,000 a year in revenue, end up becoming the employers of tens if not hundreds of people, right there in the neighborhood. 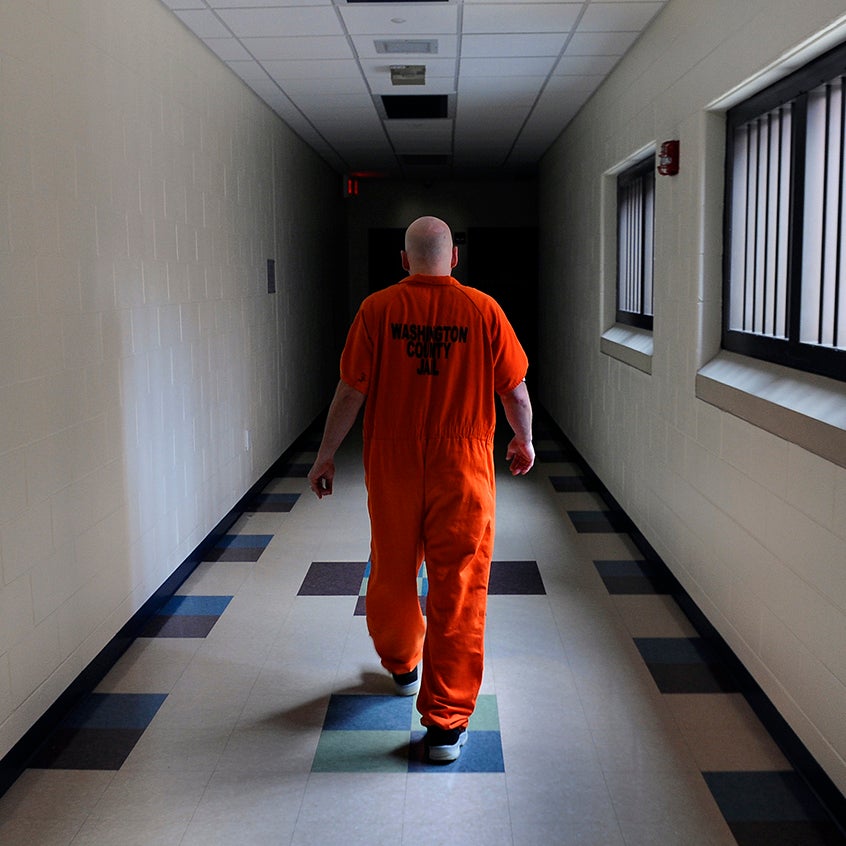 Human Rights, Dignity, and Substance Use 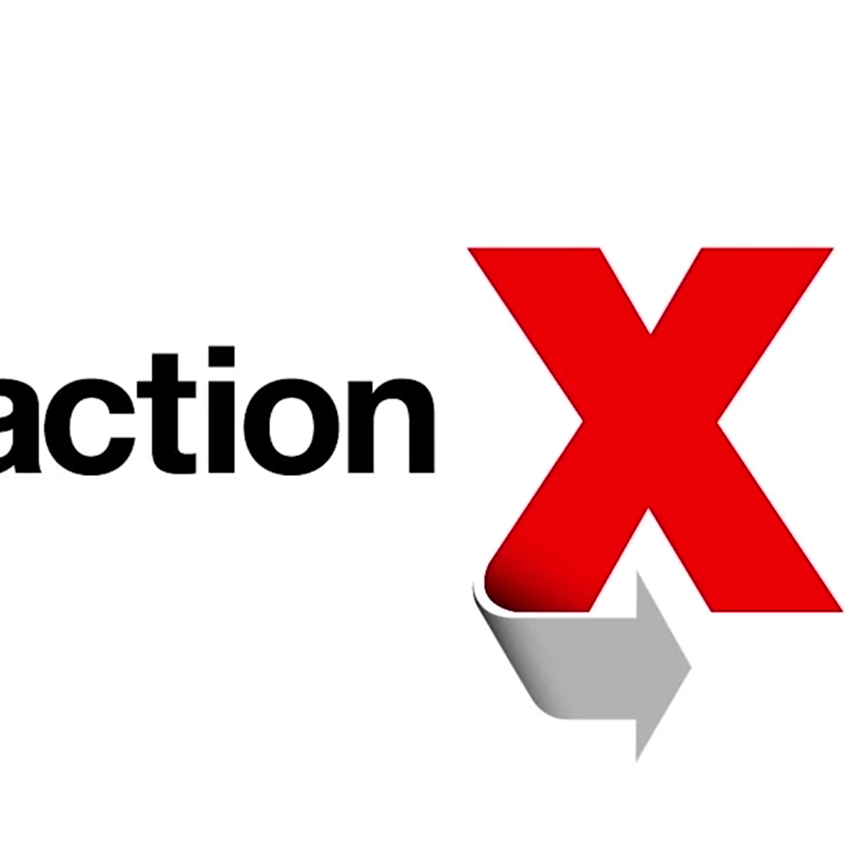 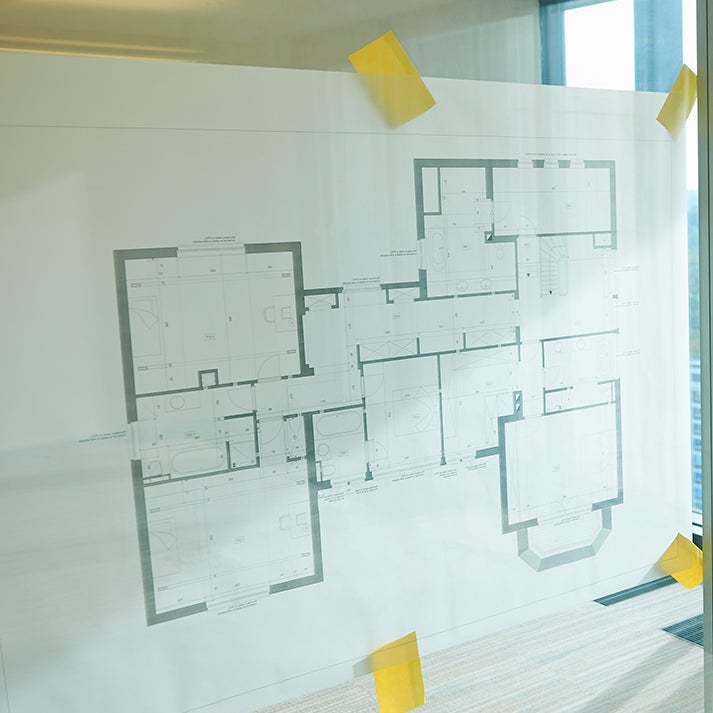 ‘Space Is a Luxury Not Everyone Has’: Design’s Role in Health