Out of our hospital’s COVID surge response came an unexpected outcome: near-perfect regionalization. Here's how.

A physician team’s patients being scattered across the hospital is a common problem. While it may seem simple to place patients belonging to a certain physician team on one unit, it has long proven difficult for health systems across the country. Factors such as high occupancy, physician teams’ admitting patterns, and a desire to keep the number of patients on physician teams similar have created road blocks to a geographic system of cohorting patients.

­­­­­It’s no different at Boston Medical Center. When BMC consolidated campuses into one building in October 2018, we benefited across many areas — we had all our patients under one roof, synergies in physician coverage, and cost savings across many departments. However, we also moved into larger units and increased the number of floors for adult patients, resulting in our physician teams being scattered across multiple floors ­— up to nine units for some teams. As a result, our entire operation became inefficient. Rounds took longer as MDs hustled between floors, the relationships across stakeholders weakened as they had fewer patients in common, and communication became a big challenge. And we felt it: stakeholders were upset, our readmissions rate went up, length of stay became harder to impact, and it was difficult to stand up interdisciplinary leadership structures. We knew we had to do something about it.

At BMC, we have myriad physician team structures. Some teams include attendings and trainees, some patients are cared for by a single attending, some teams include attendings and advanced practitioners — and all teams care for a different total number of patients and have a different set of rules around admissions per day. We also have general medicine teams and specialty teams, like surgery and cardiology, who treat patients with more specific clinical issues. The variations in team structures added to the complexity of the problem.

Since the identification of the problem, an interdisciplinary team including nurses, physicians, and administration has been committed to reducing the number of units our physician teams round on. We believe in the value of regionalizing — that is, physically organizing patients on a physician team to one area of the hospital— to enhance teamwork, improve efficiency, and increase staff satisfaction. For specialty teams like cardiology and surgery, the need to place patients on a particular unit is anchored to the expertise of nursing, who by design care for patients across a set number of beds.

But for all of the team’s admirable attempts, we were making only minor progress after several months. Then, COVID happened and everything seemingly came to a pause. However, in the midst of preserving PPE and preventing spread, we achieved close to perfect regionalization. We learned that the benefits of regionalization were both real and attainable. Here’s how.

Our first step, pre-COVID, was to create a placement algorithm that created a grid for our bed placement team, outlining which MD teams should go on which units and creating rules for how to organize the queue of patients waiting for a bed in our emergency department. Through this effort alone, we saw meaningful improvement in the regionalization of our specialty teams as the average percentage of patients on the team’s primary unit went from 71% to 86%.

However, we continued to struggle with minimizing the number of floors our general medicine teams were on. We were complying with the algorithm, but we needed more levers. As our team discussed solutions, we grappled with what the end goal should look like: Should we try to prioritize general medicine team to zones rather than a specific unit? Should we aim to get a certain percentage of patients to one unit, forgiving if the remaining census is spread across multiple units?

Before we could find an answer, our clinical inpatient operations were swiftly disrupted by the coronavirus surge in Boston.

A lesson in bed regionalization from COVID response

On April 6th, our physician teams did a massive reshuffling to help preserve PPE and control the spread of infectious disease. We moved 68 patients (approximately 48% of the teams’ census) between teams to align patients, teams and geographic location. Teams increased their caps so that two teams could cover an entire unit, which minimized the need for multiple teams on the units. Our Hospitalist APP team served as an admitting backbone for the entire hospital. This change allowed teams to take new admissions before current patients discharged and allowed teams to take a higher number of admissions per day per team. Standardizing these actions into clear-cut rules gave us a direction to follow.

Without intending to, we saw near-perfect regionalization. The majority of our COVID teams had patients only on two units. As new post acute sites stood up – like the Convention Center and the East Newton Pavilion – we swiftly found a groove and discharged 6 -7 patients per day to these sites within days of their opening. An outcome made possible, in part, due to physician teams and case managers having meaningful conversations about patients’ discharge options versus teams trying to get to multiple discharge planning rounds and spending a short time at each.

As we transition out from being a COVID hospital, inpatient operations continue to shift, but we are re-energizing our efforts. Tactically, we are now pulling a few levers that we did not before:

By pulling a few of the above, we have seen immediate improvements. In July 2020 after we re-set our layout post the COVID surge, the percentage of patients on specialty teams who are on the team’s primary unit has jumped from 77% to 89% and in particular, the regionalization of our Geriatrics team increased from 39% to 84%, driven by moving a few patients to the primary unit over the weekend. The average number of units our gen med teams are on has gone from 5 to 4 and continues to trend downwards. We anticipate that regionalizing our teams will require active management, and we will have to continue to pull some or all of the above levers to achieve a satisfactory level of regionalization.

We are excited for these changes, seeing what we can maintain and the impact both on our work environment as well as on our patient flow. Pulling the levers requires a true interdisciplinary effort, and the hope is for true interdisciplinary benefits across the team of physicians, nurses, and administrative personnel committed to localizing physician teams in our effort to deliver exceptional care without exception.

Boston Medical Center is a 514-bed hospital and houses the busiest emergency department in New England. In January 2019, we created the Central Flow Unit (CFU) which oversees patient flow and is co-led by physician, nursing and administrative leaders. The CFU, in collaboration with many stakeholders, has worked to improve patient flow and problems many hospitals encounter. Along the way, we have turned to the literature and our peers across the country to learn more about the challenges and progress against them. In the spirit of collaborating across institutions, we are sharing an inside look at some of our biggest successes in improving inpatient operations and care. Don’t forget to check out our other results in The Hospital Play Book series.

Neha Gaur is the senior director of inpatient operations and cancer care at Boston Medical Center. She co-leads the Central Flow Unit with nursing and physician partners. She graduated from the University of Pennsylvania and the Wharton School of Business with a master's degree in biotechnology, as well as bachelor of science and bachelor of arts degrees. 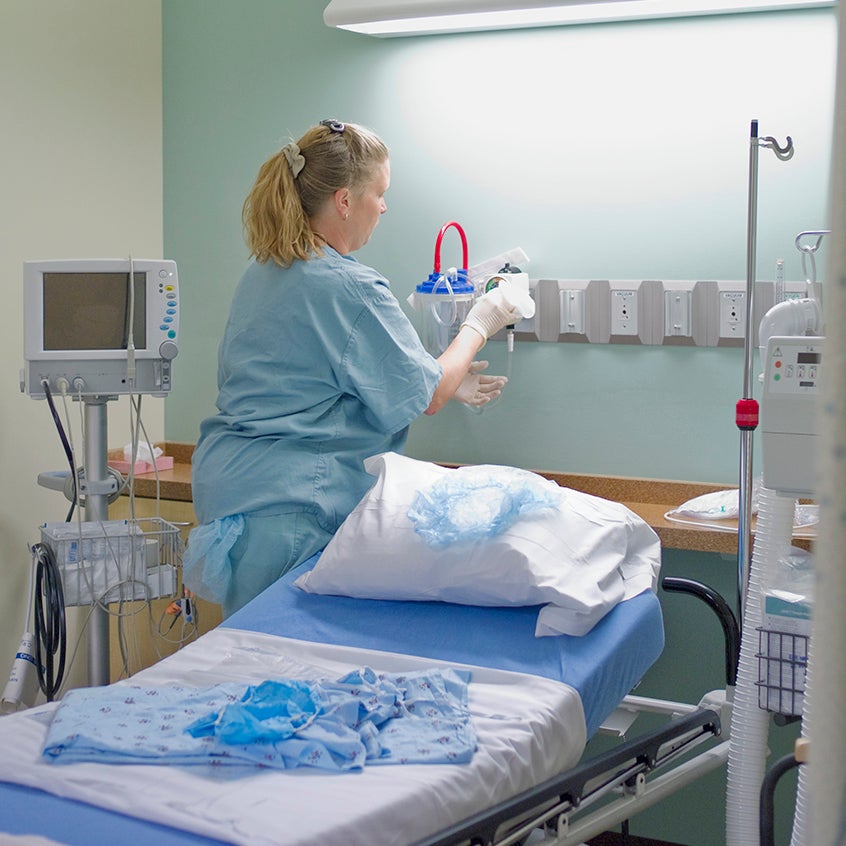 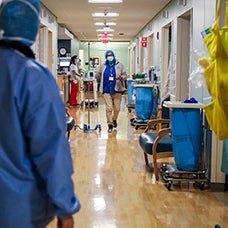 The Effect of Redeploying Hospital Resources for COVID-19