Insights from The Atlantic Pulse summit in Boston, a solutions-driven event about how healthcare in America can do better.

It’s no mystery that the U.S. healthcare system isn’t doing its best to keep Americans healthy. In fact, the United States has been a poor-performing outlier on multiple measures, including access, outcomes, and spending. There’s reason for hope, though — America excels when it comes to healthcare innovation and collaboration, both of which have the potential to be our healthcare system’s saving grace.

The Atlantic and STAT recently brought together national leaders in healthcare and innovation for a day-long discussion in Boston about the greatest challenges facing healthcare today and the impetus to bring better care to our patients, better education to our providers, and better health to our communities. As the day’s agenda unfolded, a clear consensus emerged that the mechanism of action for these fixes requires addressing the social determinants of health: gender, race, social support, finances, transportation, environment, education, and access, to name a few.

In case you missed it, here are seven key takeaways from the day’s inspiring panels.

1. We must embrace a culture shift in our healthcare model

In his session on what it means to be well, Sandro Galea of the Boston University School of Public Health emphasized the importance of humility in our approach to what we think we know, citing that in recent memory we truly believed that health was determined by the balance of the humors. Once we understand what fosters health, he said, we should demand health — and that may mean reconstructing our entire system to get it.

Ezekiel Emanuel from the University of Pennsylvania shared his own perspective on comprehensive healthcare reform, from taxing opt-in unhealthy consumer products all the way down to cutting medical school tuition. The excessive debt borne by medical students creates “perverse incentives” that perpetuate the shortage of primary care providers, Emanuel said.

Dean and CEO of NYU Langone Health Robert Grossman exemplified the impact of such an idea. His institution has implemented a tuition-free initiative, which has already increased the number of low-income and minority students who applied and matriculated.

2. Lives depend on representation and diversity

Esther Choo, founding member of TIME'S UP Healthcare, underscored the importance of building up racial and gender diversity in medicine and the health sciences.

“The people giving care in America don’t look very much like America,” she said, noting that patients want to see people who look like them. Choo highlighted the research that shows a heterogeneous workforce isn’t just better for patient experience, but it actually decreases their mortality.

Damon Tweedy of Duke Medical School and author of Black Man in a White Coat agreed that diversity counteracts implicit bias and the ability for stereotypes to skew diagnoses. Tweedy explained that stereotypes that make their way into a chart become perpetuated in further clinical interactions, but that patient-provider concordance allows providers to see beyond the stereotype. He added that solutions like Open Notes help create provider accountability for assumptions that could be detrimental to patient outcomes.

Patrice Harris, president-elect of the American Medical Association, pointed to the opioid epidemic as an astonishing example of such unchecked systemic racism:

When opioid addition was primarily among black/brown people, response was criminalization & incarceration. Now, bc it’s an upper middle class issue, focus is on treatment, points out incoming.@AmerMedicalAssn President .@PatriceHarrisMD #AtlanticPulse

While the medical progress is great, we have to appreciate the history and recognize the implicit biases that exist, she said.

3. As professionals, we have to work together

Kim Blackwell of Lilly relayed a heart-wrenching story of how, despite our many advancements in drug treatments, the standard of care for sarcoma has remained the same for 40 years. Chemo and other cancer treatments are one of the few remaining treatments that make the patient sicker before they get better. We can do better, she challenged the audience.

"You're using clinical guidelines to steer clinical care, and avoid a situation where one size fits no one." – Joe Frassica, MD, Head of Research & Chief Medical Officer, @PhilipsNA

Discussing the future of cancer treatment and care at #AtlanticPulse

And in the cases of serious illnesses such as cancer, Blackwell said, implementation of innovation in a timely manner matters. To get there, we have to embrace cross-sector collaboration.

Saurabh Saha of Bristol-Myers Squibb likewise suggested that we should support rigorous debate, eliminate echo chambers, and use data from inside and outside one’s own institution to make true progress on R&D timeliness and patient outcomes.

4. Community engagement and knowledge is critical

Sandro Galea asserted that the “living forever” narrative is a distraction from dying healthy. It drives us to build end-of-life treatments rather than investing up front in education, housing, and other community-based factors that set people up to be healthier sooner and longer.

Our health is built over a lifetime. It starts in utero, and is shaped by what you experience in early childhood and beyond—what you're exposed to both in terms of disease, and social determinants like education, says @sandrogalea of @BUSPH at #AtlanticPulse

One of the most influential components of health and healthcare spending, it turns out, is something communities have nearly complete control over: loneliness. The perception of social isolation increases our risk of dying by 45%, according to Carla Perissinotto of UCSF, and the solution lies in thinking about how we create new communities in an increasingly isolated society. Said Sachin Jain of CareMore Health, “We want to change our sense of obligation to each other. We don’t need a new drug, we just have to commit to each other.”

Laura Riley of Weill Cornell Medicine shared, “[In medicine,] we don’t listen to the community. So some of our interventions are going to fall flat on their faces because we haven’t listened to what the women in the community want and need.”

Dr. Laura Riley (@obdocriley) of #WCM & @nyphospital discusses the importance of listening to your communities, and providing individualized care. (via @AtlanticLive) #AtlanticPulsepic.twitter.com/4PzMPOnXTc

Garth Graham of Aetna health noted that community engagement involves dismantling the idea of “us versus them.” The premises of our interventions should be scalable even if the exact strategies are not, so that we build on existing community assets.

Garth Graham (President, @Aetna) on how his own upbringing shaped the way he thinks about community, displacement, and belonging #AtlanticPulse pic.twitter.com/Z4oLjBhFze

A simple and powerful notion voiced by Neel Shah of Harvard Medicine: Women are more than just vessels for pregnancy — and our healthcare should reflect it. That means extending coverage beyond the first six weeks after delivery and refocusing on maternal health so that the U.S. is a safer place to become a mother.

American moms today are 50% more likely to die in childbirth than our mothers were. Black women have 3-4 times rate of maternal mortality as white women. Conversation about why—and what we need to do ⁦@neel_shah⁩ ⁦@obdocriley⁩ ⁦@olgakhazan⁩ #AtlanticPulse pic.twitter.com/sTOM4oWq3u

"Survival is the floor of what women and families deserve. If we are trying to design a better system, we should be aiming for the ceiling." @neel_shah at @atlanticlive with @obdocriley and @olgakhazan - Watch LIVE: https://t.co/olQiIY313w #atlanticpulse #expectingmore

Leana Wen, president of Planned Parenthood, spoke of a multitude of legislative effects that would be devastating to women’s health, both for women who choose to become mothers and for those who choose not to.

LIVE from #AtlanticPulse session on Redefining a Mission: @DrLeanaWen, President of @PPFA says that stigmatizing women's healthcare is a "tool of misogyny." Powerful words from an inspiring advocate! pic.twitter.com/g1LKC589TG

“We have to take bold action. We can’t wait for perfect. Perfect is the enemy of the good,” Wen said.

Boston Medical Center recently received $89 million in federal funds to help stomp out the opioid crisis in our country. CEO Kate Walsh spoke about the stigma that has stalled better outcomes for people dealing with opioid use disorder and approaching OUD as the medical condition it is.

The day also saw Mike and Maureen Foster of the Alex Foster Foundation, who were mobilized to fight the epidemic after their son’s addiction took his life. They note that there’s almost always an underlying mental health issue — a dual diagnosis of two largely misunderstood and stigmatized health conditions.

Organizations such as the Alex Foster Foundation and BMC’s Grayken Center for Addiction Medicine help bring addiction “out of the philanthropic shadows,” said Walsh, reducing stigma and opening up opioid use disorder as a real, medical topic of discussion meriting real, medical treatment.

7. Technology is our friend, but not our hero

There’s a lot of hope in telehealth for expanding access across the world, but we have to be cognizant of the extent to which we can lean on technology to provide or support medical care.

Saurabh Saha of Bristol-Myers Squibb reminded us to keep the right goal in mind when pursuing technological solutions: “We shouldn’t be following tech for the sake of following tech. We have "tech ADHD" of sort. How does this affect patients, does it matter to patients?”

One Medical’s Michael Richardson also explained that telemedicine needs to be grounded in primary care. A human element will always be needed to handle the sensitive emotions of health, illness, and diagnoses. (Imagine getting an HIV diagnosis by mail, he challenged.)

And while tech may improve access, it’s not the end-all be-all. There’s still so much work to be done with our structure, model, and system beyond adding new tools. Shah may have said it best:

"There is no app, widget, AI, or block chain that is going to fix healthcare unless we fix the underlying system." That's a wrap on "Delivering Better Outcomes for Mothers" at @atlanticlive with @neel_shah @obdocriley and @olgakhazan

For more coverage of the event, check out #AtlanticPulse on Twitter or visit The Atlantic. 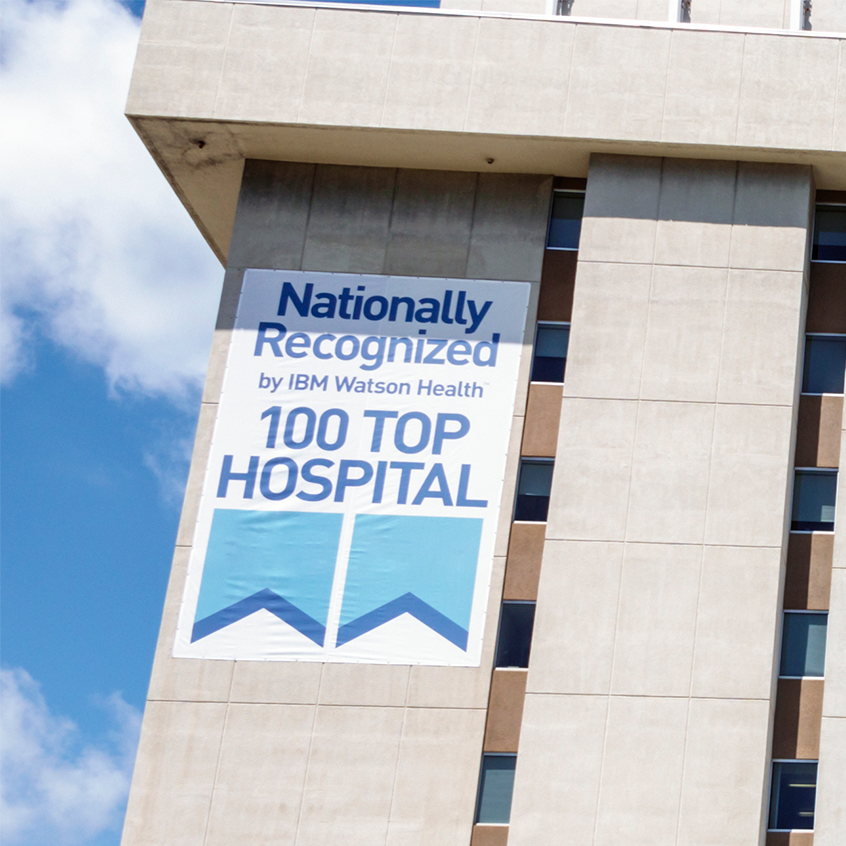 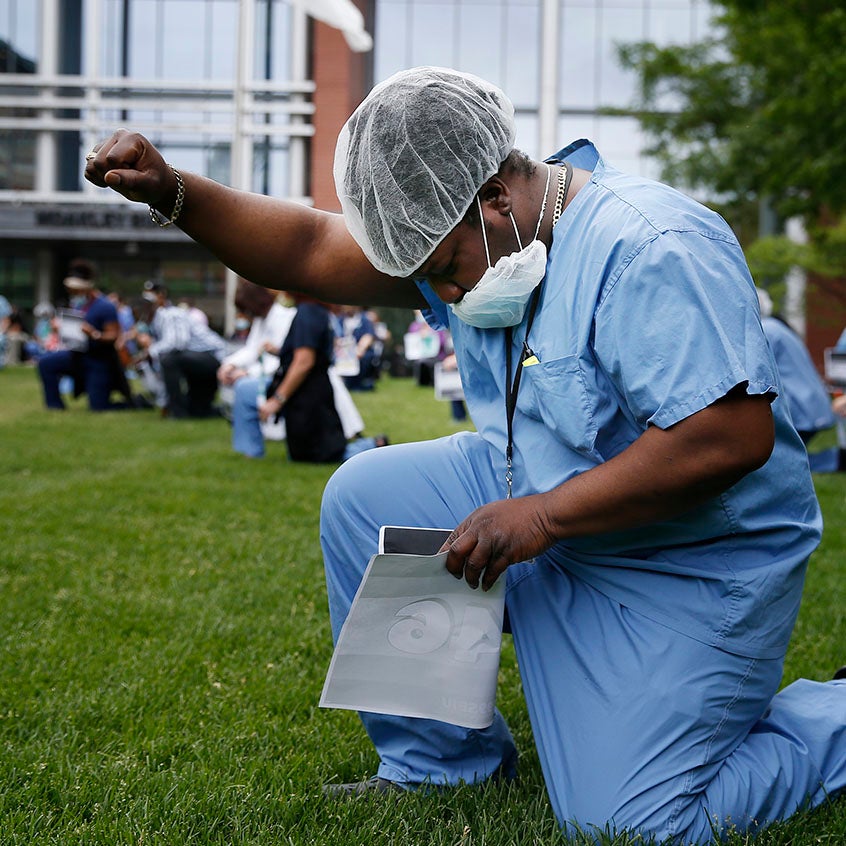