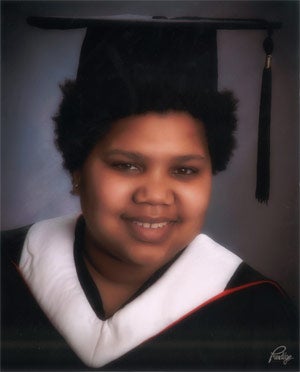 Taylor Parker's got a bright academic future, thanks to her surgical team at BMC

During her junior year at Duke University, life took a turn for Taylor Parker. The bright 20 year old suddenly didn't feel like her usual self, suffering from painful migraines and memory problems, and becoming disengaged. When her symptoms worsened during the summer before her senior year, she turned to the experts at Boston Medical Center for help. There, she came under the care of James Holsapple, MD, Chief of the Department of Neurosurgery, and otolaryngologist Anand Devaiah, MD.

Taylor was diagnosed with a four-centimeter long, benign tumor at the base of her skull. "The tumor was pushing very high up into her brain and compressing vital structures within it, which was triggering her symptoms," explained Dr. Devaiah.

"If left untreated there could have been some serious repercussions," said Dr. Holsapple. "The tumors are complicated and it's important to choose the best and least invasive treatment option for the patient." Dr. Holsapple and Dr. Devaiah decided their best option was to operate quickly, with the least amount of trauma.

"This kind of tumor – a cystic brain tumor – is notorious for being stuck to the surrounding brain and interfering with vital parts such as memory and vision," said Dr. Devaiah. "It was important that we considered these risks with Taylor and her mom, understand their goals and perspective, and give them a variety of options for treatment."

Taylor and her mom ultimately chose to pursue a partial resection with decompression. "I trust BMC and especially Dr. Holsapple and Dr. Devaiah," said Taylor. "They prove that it's more than just treating a patient at BMC, it's about the relationships you have with your caregivers. I knew they would do what's best for me."

Taylor's operation was a successful procedure, using innovative methods in minimally invasive skull base surgery – some of which were developed at BMC. By using special cameras and instruments, the team was able to perform this surgery through her nostrils. This permitted the surgery to be performed safely and effectively, and allow rapid recovery. The tumor was decompressed to a manageable size, sparing Taylor's vision and reducing many other possible risks. A catheter was later placed to promote future draining as part of her long-term plan.

"These tumors often re-expand," explained Dr. Holsapple, "so it was important that we addressed that by placing a catheter and using minimally invasive, targeted radiation to treat the remaining cells."

Perhaps the most rewarding outcome of the surgery was seeing Taylor return to her old self again. "Taylor turned around very quickly," said Dr. Devaiah. "Having met her before and after the operation, it was like night and day. It was perhaps the most immediate and dramatic change I have had the privilege of seeing. She is an extremely optimistic, energetic, and inspiring individual."

Taylor went on to graduate from Duke in May 2014 with a dual major, and has plans to teach at the college level one day. Through it all, thoughts of her BMC "family" remain close to her heart. "I feel great, thanks to Dr. Holsapple and Dr. Devaiah. I don't know where I would be without them. They are like family members. My mom and I kind of joke about it. They're not just on the Christmas card list – they're on the Christmas present list."