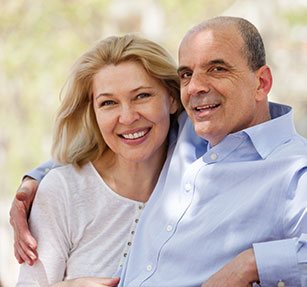 How Is Melanoma Diagnosed?

See a physician right away upon noticing any abnormal skin changes. A physician will perform a series of exams and tests to determine whether or not the problem is the result of cancer and refer the patient to a dermatologist (a physician who specializes in the diagnosis and treatment of skin conditions) if he or she is concerned.

A diagnostic work-up may include one or more of the following:

For a skin biopsy, the physician may remove part or all of the skin in the area of concern, so it can be thoroughly examined under a microscope by a physician called a pathologist. The skin around the area being biopsied will be numbed using a local anesthetic before the biopsy. The anesthetic may sting slightly as it enters the body, but you should feel no pain during the biopsy itself.

There are four common types of skin biopsies:

A sharp, thin blade is used to shave off the abnormal growth. To stop the biopsied site from bleeding, the physician applies an ointment or cauterizes the wound with a small electric current. Physicians use shave biopsies to diagnose a multitude of skin diseases and for sampling moles. Physicians generally do not perform shave biopsies if there is a strong suspicion of melanoma. If the blade cannot cut deep enough to get under the area of concern, it may not be thick enough to assess the extent of the melanoma.

The physician uses a sharp, hollow, round tool to remove a circle of tissue from the area of concern. The physician rotates the tool on the surface of the skin until it cuts through all of the different layers of skin and removes a tissue sample. This allows for better sampling of the depth of the lesion. The edges of the skin are typically stitched together following the biopsy.

A scalpel is used to remove part of the growth.

A scalpel is used to remove the growth in its entirety and some of the surrounding tissue. Excisional biopsies are generally performed on growths that appear to be melanomas.

Melanoma typically spreads first to the lymph nodes in the region of the melanoma and then to distant organs, such as the liver, lungs, and brain. If the melanoma appears to have spread, a physician may perform one or more of the following types of biopsies to determine how far it has spread.

FNA uses a thin, hollow needle (thinner than the needles used to draw blood) to draw out fluid or tissue from a lump. Depending on the size and location of the lump, the needle is sometimes directed into the lump simply by feeling it. Other times it may be guided into the lump with the assistance of an ultrasound. FNAs are rarely painful and don’t tend to leave scars. Although FNA is the easiest type of biopsy to have, it doesn’t always provide a clear result.

The physician removes an enlarged lymph node through a small cut in the skin. If the lymph node is close to the surface of the skin, a local anesthetic will be used to numb the area being biopsied. If it is located deep under the skin, you may be given drugs to make you drowsy or be put to sleep (using general anesthesia). Surgical lymph node biopsies are generally performed if the lymph node’s size indicates the melanoma has spread, but an FNA was not performed or did not yield conclusive results.

In cases of advanced melanoma, physicians may perform tests on a biopsy specimen to see if certain genes in the cancer cells are mutated, as this may help determine which treatment options will work best for the patient.

Imaging tests: Depending on the extent of the patient’s disease, a physician may perform one or more of the following imaging tests

Chest x-rays provide an image of the heart, lungs, airways, blood vessels and bones in the spine and chest area. They can be used to look for broken bones, diseases like pneumonia, abnormalities, or cancer.

CT scans use x-ray equipment and computer processing to produce 2-dimensional images of the body. The patient lies on a table and passes through a machine that looks like a large, squared-off donut. Doctors order CT scans when they want to see a two-dimensional image of the body to look for tumors and examine lymph nodes and bone abnormalities. If contrast dye is used to improve the computer image, the patient may need to avoid eating or drinking for 4 to 6 hours before the test. Patients should tell their provider before the test if they have any allergies or kidney problems.

This test uses a magnetic field, radiofrequency pulses, and a computer to produce detailed images of body structures in multiple places. You may be asked to drink a contrast solution for better imaging, and you will most likely lie on a moving table as pictures are taken. MRI is a more detailed tool than x-ray and ultrasound and for certain organs or areas of the body, it provides better images than CT. MRI may not be recommended if you have a pacemaker or other metal implant.

A PET scan is used to detect cellular reactions to sugar. Abnormal cells tend to react and "light up" on the scan, thus helping physicians diagnose a variety of conditions. For the PET scan, a harmless chemical, called a radiotracer, is injected into your blood stream. Once it has had time to move through your body, you will lie on a table while a scanner follows the radiotracer and sends three-dimensional images to a computer screen. Patients are generally asked to wear comfortable clothing and refrain from eating for 4 hours before the scan. Tell your doctor if you are pregnant or breastfeeding. Patients with diabetes should discuss diet guidelines with their physician for the hours leading up to the scan.

Physicians may perform certain blood tests before or during treatment. For example, physicians frequently test for levels of lactate dehydrogenase (LDH) in the blood prior to treatment. Melanoma may be more difficult to treat in patients with elevated levels of LDH, particularly if the disease has spread to distant sites in the body. For patients with advanced-stage melanoma, physicians may perform other blood tests, including blood cell counts and blood chemistry tests. These tests help physicians see how well the bone marrow (the soft tissue in the center of most bones where blood cells are formed), liver and kidneys are functioning during treatment.

Staging is the process of determining how widespread or advanced the cancer is. It is an important part of diagnosis because it is used to determine the most appropriate treatment options for patients and provide them with a prognosis.

The stage of melanoma is based on several factors, including how deeply it has penetrated the skin, whether it has ulcerated (broken open), and whether the cancer cells have spread to nearby lymph nodes or other organs.

To determine the stage of the disease, physicians need to remove the entire melanoma. The regional lymph nodes are assessed by a clinical exam, and a sentinel lymph node biopsy is advised for melanomas that have certain microscopic characteristics that take into account their depth, whether they are ulcerated or not, and how rapidly they are proliferating. A fine needle aspiration biopsy may be performed instead if the regional lymph nodes are enlarged on the clinical exam. The physician may also perform a series of blood and imaging tests based on the results of these tests.

The clinical stage of melanoma is based on the findings of the physical exam, skin biopsy, lymph node biopsy, and any imaging or blood tests that are performed.

Stage 0: Cancer is present in the top layer of skin (epidermis only). This stage is also referred to as melanoma in situ.

Stage I - II: The melanoma is localized to the skin with no evidence of spread to the lymph nodes or other organs. Stage II melanomas have more adverse features compared to Stage I melanomas.

Stage III: The melanoma has spread to the regional lymph nodes.

Stage IV: The melanoma has spread to distant organs, such as the lungs, liver, or brain.

For more detailed information on stages of melanoma, visit the staging section of the American Cancer Society’s melanoma website.