In this segment, Ezra Cohen, MD, shares how the expert clinical team in Rheumatology at Boston Medical Center can now help children with Rheumatoid conditions. They excel in research and training, and use a comprehensive, multidisciplinary approach to meet the needs of every patient, including children.

Ezra Cohen, MD
Speaker Bio(s)
Dr. Ezra Cohen did a pediatric residency at Massachusetts General Hospital, and recently completed a rheumatology fellowship at Boston Children's Hospital. He is trained and certified in musculoskeletal ultrasound in rheumatology, which aids in the diagnosis and treatment in many rheumatologic and orthopedic conditions. Dr. Cohen has a special interest in complementary medicine and pain, and is a trained mindfulness practitioner, which he frequently teaches to children. Finally, he’s have been trained to give trigger point injections, which are a safe treatment for acute and chronic musculoskeletal conditions of many kinds, including back strains and neck pain.
Podcast Image 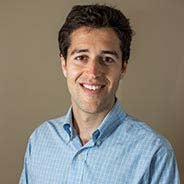 Melanie Cole (Host): Pain is one of the most misunderstood, underdiagnosed, and undertreated medical problems, particularly in children. Children's pain can be quite different from what is seen in adults because children are still growing and developing -- their bodies respond differently to injuries and autoimmune disorders. My guest today is Dr. Ezra Cohen. He's a pediatric rheumatologist with Boston Medical Center. Welcome to the show, Dr. Cohen. This is the first time BMC has had a pediatric rheumatologist on staff. Everyone's very excited. Tell us a little bit about yourself.

Dr. Ezra Cohen, MD, (Guest): Thanks, Melanie. So, I'm originally from upstate New York, from Syracuse, and I've been in Boston from college all the way until now. I went to Harvard Medical School and then did a pediatric residency at Mass General and did fellowship at Boston Children's in rheumatology. I have a very deep interest in mindfulness and complementary techniques which can be especially helpful in pain where a lot of other treatments and medications in particular are not very effective, especially for chronic pain.

Dr. Cohen: ...and that’s been a lot of my focus over the course of the last few years.

Melanie: So, what do some of your services as a pediatric rheumatologist include? What would parents come to see you for?

Dr. Cohen: So, I think I’m a little bit unique in Boston as there may be -- there's one other person in Boston who does musculoskeletal ultrasound, but I'll be certified to do musculoskeletal ultrasound which means that procedures in children for arthritis, joint injections can be done much more safely, with less pain because you can see where you're going. You can also diagnose arthritis with a lot more certainty and track a child's improvement a lot better with ultrasound because it's more accurate than the physical exam. In addition, I've had a lot of training in teaching mindfulness classes, and I'm very interested in holding those classes for kids monthly or certainly teaching those skills to kids on an individual basis, and then rheumatology encompasses the most common diseases being pain in kids, sometimes referred to as fibromyalgia, but we usually have different names such as amplified pain, juvenile arthritis, fevers, lupus, and related conditions.

Melanie: Since pain is so hard to quantify in children, and you're not sure and maybe they don't even follow the same kind of pain scale as an adult would, when would a parent think that, "You know what this is actually something" -- a pain in their shoulder or knees, or they're exhibiting a little bit more symptoms of chronic pain -- when would they come to see you? What would signal to them -- you know what, I need to go see a rheumatologist?

Dr. Cohen: I think that – it’s a very hard question. We tend to be a field -- I think -- that's quite open-minded, and I think whereas some other specialists will refer a child elsewhere if they're not -- if their condition isn’t clearly in the organ system in which they specialize. Rheumatology is a little more nebulous, and I think is most kind of succinctly described as being autoimmune diseases of the connective tissues of the bones, muscles, joints, and I would say you know a child is in pain when they stop participating in activities that they would otherwise, and that's especially true of kids who are probably preteens, but we focus very much on school attendance activity because when those things start to drop off, we know that an illness is really affecting a child, and growth is the other thing that's a really useful marker in a child because inflammation will often slow growth as well.

Dr. Cohen: That's a great question. So, the way we sort of say it to patients, juvenile arthritis itself is not hereditary, but the tendency to have autoimmune disease is probably is to some extent. It doesn't exactly run clearly in families -- like if it won't go, you know, directly from a parent to a child, but very often people have first cousins, aunts, grandparents with autoimmune diseases, but not necessarily arthritis so they may have celiac disease -- you can treat for a lot, you know, for a lot of that -- Crohn's, psoriasis, other kind of related conditions. We definitely do not know what causes it. We think it's a combination of genetics and some environmental factors, maybe viral triggers. The good news is even though we don't know what causes it, we do really have very, very good treatments and that is in part because we benefit from all the research that's done in adult rheumatoid arthritis and other autoimmune conditions, and we have literally, you know, dozens of medicines coming out every few years that are being used to treat juvenile arthritis.

Melanie: So along the lines of treatment and even for not necessarily juvenile arthritis, but other juvenile autoimmune conditions that a rheumatologist might see, what are some of the lines of defense that you used? You mentioned medicational intervention. What else can you do for children that are experiencing some of this limited range of motion and pain that might come from an autoimmune disorder?

Dr. Cohen: So, we focus on may be three different things, and arthritis in particular. So, we --- our primary concern is making a child comfortable so we will do all we can to treat a child's pain, and that generally encompasses broader things than those things that we use to treat arthritis. So we try all sorts of complementary medicines in addition to traditional medicines, so older kids will try acupuncture, yoga, meditation; there are certain herbal or alternative medicines that can help, especially the ones with the best evidence are fish oil; in adults, curcumin, turmeric is also used. Vitamin D may have some benefit as well. The pain is the one that has maybe the broadest options available, and then we focus a lot on function and how it affects the child's life, and we really try to make sure the child is able to go to school and participating in sports and so to that end, we will very often offer physical therapy, occupational therapy for the hands and wrists and, you know, and then for the other thing we also pay a lot of attention to is future disability and deformity which often – which comes in the form of osteoarthritis if juvenile arthritis is left untreated. So, juvenile arthritis is inflammation in the joint and osteoarthritis, which is what we think of in older adults is sort of wear and tear. So, if the inflammation or sort of the fire is left burning for too long untreated we think that probably the end result is osteoarthritis, for which there aren't great treatments except for surgeries and joint replacements. So, even if -- I'd say very often we see children in clinic who are -- after we started them on medicine, they're pain-free. They're going to school; they're doing everything, but we still – we see things on our exam that make us -- that tell us that the arthritis is still somewhat active in a joint, even though not enough for a child to notice, and we will still treat – we will add medicines in that situation. That differs a lot from the ways that adults will treat -- adult rheumatologists will treat other adults -- and the reason for that is because we really are paying attention to growth and the health of the future joints which is sort of an additional consideration.

Melanie: So, wrap it up for us, Dr. Cohen with your best advice for parents about identifying and recognizing pain in their children, and why they should come see a pediatric rheumatologist at Boston Medical Center.

Dr. Cohen: So, any pain -- any sort of long-lived or any kind of ongoing pain in the extremities or the joints -- the arms, legs or the joints would be something that I’m very happy to see, and it's something that we see very often, and the one question that we ask parents, and that is probably the most helpful in diagnosing juvenile arthritis is what time of day is the child's pain the worst? So, juvenile arthritis is characteristically worse in the morning and that's because the inflamed joints are not moved overnight and they stiffen almost like Jello, and so a child walking limp in the morning -- and that improves – that’s very, very characteristic of juvenile arthritis, so that is a particular symptom that a parent can pay attention to and can be very helpful in knowing that an autoimmune disease is responsible potentially for the child's pain. However, as I said, to add to that, but we are very also familiar with seeing kids with pain of any kind in the arms, legs, and joints, and probably the majority of what we see is not juvenile arthritis. So, I think any kind of ongoing pain, and people are not able to figure out what it is, especially in the kind of the extremities we're very happy to see your child.

Melanie: Well, thank you so much, Dr. Cohen. It's just really a pleasure to have you on today. Thank you for being with us. You're listening to Boston Med Talks with Boston Medical Center, and for more information, you can go to bmc.org. That's bmc.org. This is Melanie Cole. Thanks so much for listening.