Are weight loss drugs the next tool to combat cocaine addiction?

Research with lorcaserin, and other medications that have similar effects on serotonin receptors in the brain, suggest that it may help people to reduce cocaine use and the risk of returning to use after quitting. Lorcaserin is currently FDA approved for adults who are obese or overweight and have weight related medical problems to help them lose weight.

According to Eric Devine, PhD, the study’s principal investigator, there are currently no medications approved by the FDA to 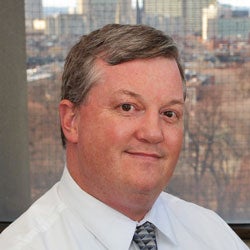 “Finding a medication to help people stop using cocaine would be a real game changer. We don’t know if lorcaserin will help people with cocaine problems, but prior studies suggest the potential that it will help people” said Devine.

Devine and his team focus on evaluating medications to treat alcohol and drug problems with the goal of finding medications currently approved for other disorders that may help to treat addiction.

“Patients are frequently surprised to hear that there are medications out there that could help reduce their cravings or reduce drug reward” said Devine.

The multi-site study underway at BMC is intended to evaluate the efficacy and safety of lorcaserin to treat cocaine problems. The study will last 21 months, and Devine hopes to enroll 23 people at BMC.

“Our center helps bridge the gap between an industry that is not heavily invested in developing and marketing drugs to treat addiction, and the need for effective treatments,” said Devine.

By studying medications already approved by the FDA for other conditions, treatments are more likely to get to the market sooner than starting from scratch, including drug development, which can take years – even decades.

“Within two years, we will know if we have a drug (lorcaserin) that can help people to cut back or quit using cocaine,” said Devine.

Devine cautions that lorcaserin will not be a “kill switch” for people’s desire to use cocaine – if this medication works, a person who takes lorcaserin may have less craving for cocaine and feel less reward after using cocaine. Research subjects who enroll in the trial will take lorcaserin or a placebo for a 12 week period of treatment. He says lorcaserin is not a medication that would be prescribed long-term to treat cocaine problems.

“The goal of this medication trial is stabilization – getting people to where they can begin to make lifestyle changes during the treatment period of the study. It’s a model of care that has worked really well for other addiction treatments,” said Devine.

All research subjects enrolled in the study will receive cognitive behavioral therapy, a current standard of care for cocaine problems. Participants will also be asked if they would like to enroll in an optional four session alcohol intervention, as the researchers recognize that people may want to limit other substances that may be a trigger for using cocaine.